Peshawar which has reported the highest positivity rate at 19.98%, followed by Swat at 17.09%, 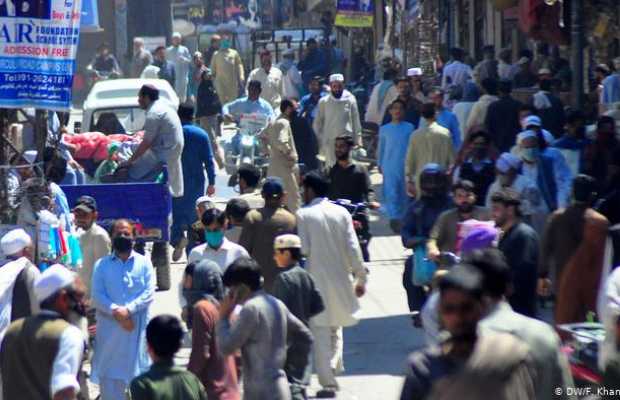 National Command and Operation Centre (NCOC) on Monday has announced a number of new restrictions for cities where the positivity rate was more than eight percent.

The forum in its meeting voiced “grave concern” over the current situation of the coronavirus in Pakistan and “unanimously agreed” upon a number of high-impact interventions in cities and districts where the three-day rolling positivity rate average was over 8%.

Furthermore, the cities of  Bahawalpur, Rawalpindi, Islamabad, and Hyderabad are also included in the list.

The new set of restrictions will remain in effect till April 11 and a review of the COVID-19 situation will be held on April 7.

“In cities with positivity less than 8%, already imposed NPIs (non-pharmaceutical interventions) will continue to be enforced based on risk assessment/disease prevalence,” the forum said in a statement. 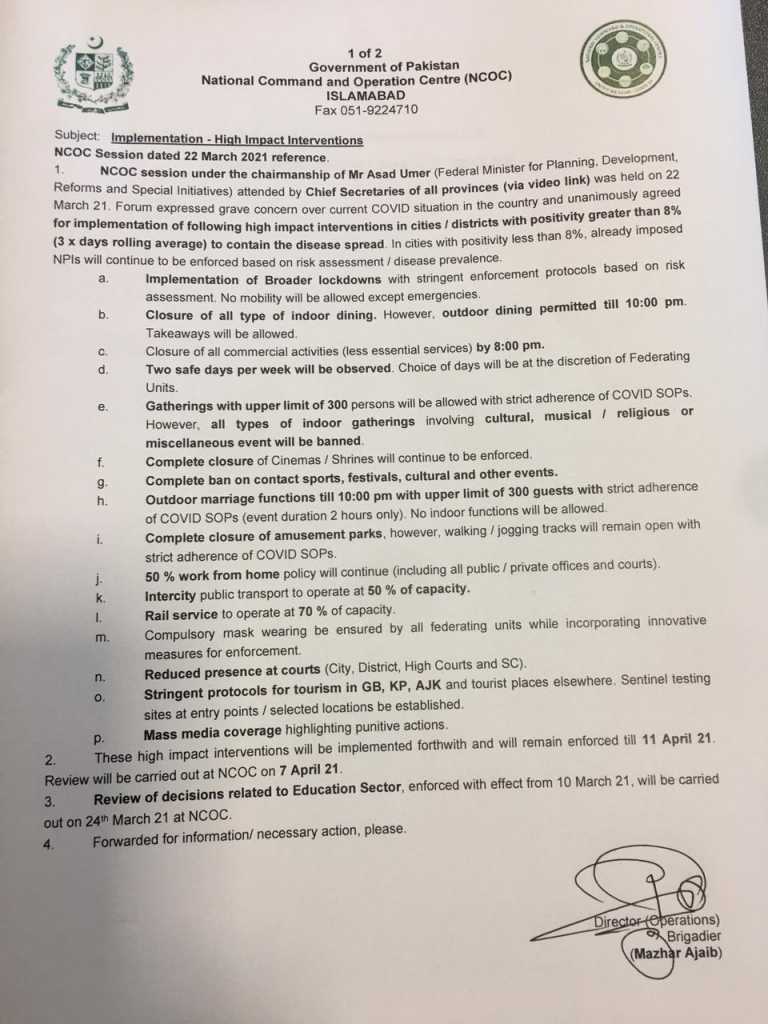 The new restrictions to be implemented across the country as follows;

NCOC also announced that a review of previous decisions taken regarding educational institutions would be held on March 24 (Wednesday).

Federal Minister for Planning and Development and NCOC head Asad Umar, after the meeting in a tweet, shared that it had decided to increase restrictions on activities contributing to a sharp increase in the positivity rate.

In the NCOC meeting this morning we decided to increase restrictions of activities contributing to sharp increase in covid positivity. The provincial & ICT administration were also directed to tighten implementation of sop's and crackdown on violations which are taking place.