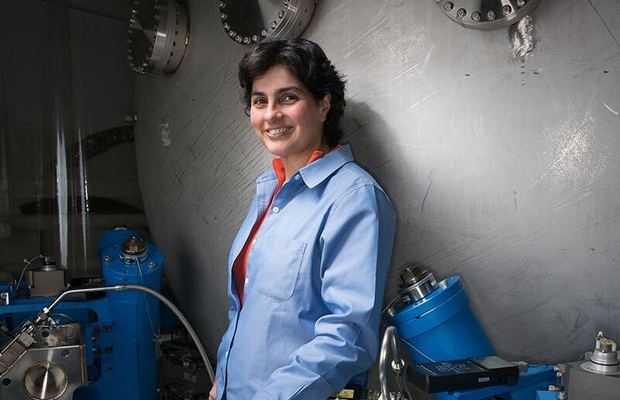 Pakistani-American astrophysicist Nergis Mavalvala has been appointed as the dean of MIT School of Science, one of the five schools of the prestigious institution. Nergis, hailing from Karachi, is the first female to head the division at the Massachusetts Institute of Technology, confirmed MIT News.

Credited for “gravitational-wave detection, which she conducted as a leading member of the Laser Interferometer Gravitational-Wave Observatory (LIGO)” the report announcing Nergis’ appointment dubbed her as a “deft, collaborative problem-solver, a wise and generous colleague, an incomparable mentor, and a champion for inclusive excellence,” by the MIT President L. Rafael Reif.

“She has received numerous awards and honours for her research and teaching, and since 2015 has been the associate head of the Department of Physics. Mavalvala will be the first woman to serve as dean in the School of Science,” the report further added.

“We’re in this moment where enormous changes are afoot. We’re in the middle of a global pandemic and economic challenge, and we’re also in a moment, at least in US history, where the imperative for racial and social justice is really strong,” Nergis was quoted by MIT News.

“As someone in a leadership position, that means you have opportunities to make an important and hopefully lasting impact,” she further added.

Born to a Parsi family in Karachi, Nergis did her initial schooling from Convent of Jesus and Marry, and then moved to US where she did her bachelors from Wellesley College in Massachusetts. She later obtained her PhD from MIT in 1997.