Plenty of dark secrets have the potential to be revealed in upcoming season! 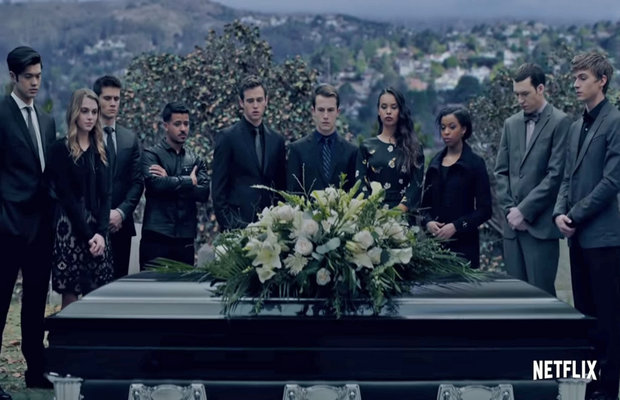 The new season of 13 Reasons Why is coming to Netflix on August 23, 2019. The newly releases trailer shows things are going to get uglier at Liberty High in the new season.

For the new season’s trailer, there is no footage form the upcoming season 3, however, it’s a classy walkthrough of characters connecting the story and hinting at the events which shaped up the series.

This time a new crime scene unfolds that results in the disappearance of a football player. Clay (Dylan Minnette) who has been working to expose the corrupted culture of the high school, is on the police’s radar.

Here is the series’ official synopsis:
Eight months after preventing Tyler from committing an unthinkable act at Spring Fling, Clay, Tony, Jessica, Alex, Justin, and Zach find ways to shoulder the burden of the cover-up together while helping Tyler move toward recovery.

But when the aftermath of a tumultuous Homecoming game culminates in the disappearance of a football player, and Clay finds himself under police scrutiny, it’s up to a shrewd outsider to steer the group through an investigation that threatens to lay bare everyone’s deepest secrets.

The stakes are raised in this riveting third season of 13 Reasons Why, as the consequences of even the most well-intended actions can alter a life forever.

tweet
Share on FacebookShare on TwitterShare on PinterestShare on Reddit
Saman SiddiquiAugust 2, 2019
the authorSaman Siddiqui
Saman Siddiqui, A freelance journalist with a Master’s Degree in Mass Communication and MS in Peace and Conflict Studies. Associated with the media industry since 2006. Experience in various capacities including Program Host, Researcher, News Producer, Documentary Making, Voice Over, Content Writing Copy Editing, and Blogging, and currently associated with OyeYeah since 2018, working as an Editor.
All posts bySaman Siddiqui