Season 7 is slated to premiere in summer 2019 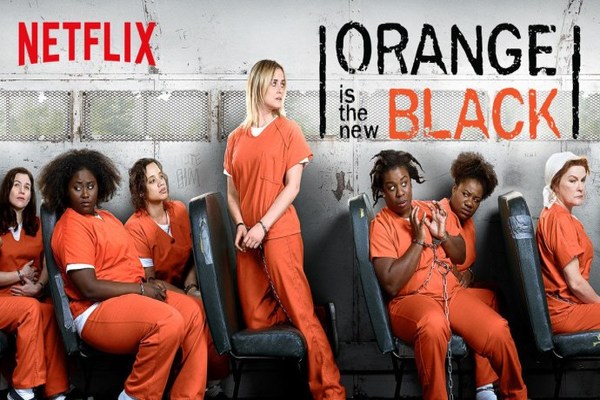 The streaming site Netflix has announced that one of its biggest ever hits, “Orange Is The New Black”, is coming to an end. The announcement was made through a video post on the show’s official twitter account.

Cast members including Uzo Aduba and Taylor Schilling promised that it would go out with a bang.

Warning: This may make you cry. The Final Season, 2019. #OITNB pic.twitter.com/bUp2yY0aoK

Created by Kohan, based on Piper Kerman’s memoir Orange Is the New Black: My Year in a Women’s Prison, its first season aired in 2013 and has been a massive hit. It became Netflix’s most watched original series.

The creator of the series Jenji Kohan, said, “After seven seasons, it’s time to be released from prison/ I will miss all the badass ladies of Litchfield and the incredible crew we’ve worked with. My heart is orange but fade to black.”

The cast of the show have been sharing the news on social media with messages to viewers and about their time on the series.

It’s a wrap….. well AFTER season 7! @OITNB fans thank you!! What an amazing platform for so many . Beyond grateful! Looking forward to the next chapter 💙 #teamorange forever 🍊 @netflix pic.twitter.com/fOXJj5qyYM

To @jeneuston, Jenji, the writers, my cast mates/ 🍊 fam, our crew, producers, Lionsgate, netflix, Cindy, Ted, Neri, Lisa, our security, HMU, transpo, you all will forever hold a special place in my heart. But to the fans…

To the Orange fans, from far and wide… you all are the most LOYAL, LOVING fans a girl could EVER ask for. You all have held me up when I wanted to give up. When I felt invisible, you saw me. When I felt less than, you encouraged me. Thank you! P.S. It’s always been for you 💋DB

We love you all so much. Thank you for the best years of our lives. #OrangeFamily @OITNB #Season7 #OITNB. The Final Season. Summer 2019 ♥️🍊♥️🍊♥️🍊♥️🍊♥️ https://t.co/RGjSGbUbqC

“How lucky I am to have something that makes saying goodbye so hard.” — Winnie the Pooh @OITNB #OITNB pic.twitter.com/HKePzqs3Rf

Just extremely honored to be a small part in all of its brilliance. I love these woman (along with all of the cast and crew not in this video) with my whole heart…🧡🖤🧡 https://t.co/y99t9kFQt4

As being reported the series had received a three-season renewal ahead of its Season 4 premiere in 2016. As part of the deal, creator and showrunner Kohan will stay on through Season 7.

As per the announcement this finale of the series, Season 7 is slated to premiere in summer 2019.

tweet
Share on FacebookShare on TwitterShare on PinterestShare on Reddit
Saman SiddiquiOctober 18, 2018
the authorSaman Siddiqui
Saman Siddiqui, A freelance journalist with a Master’s Degree in Mass Communication and MS in Peace and Conflict Studies. Associated with the media industry since 2006. Experience in various capacities including Program Host, Researcher, News Producer, Documentary Making, Voice Over, Content Writing Copy Editing, and Blogging, and currently associated with OyeYeah since 2018, working as an Editor.
All posts bySaman Siddiqui