Furthermore, all universities are allowed to open from Monday. 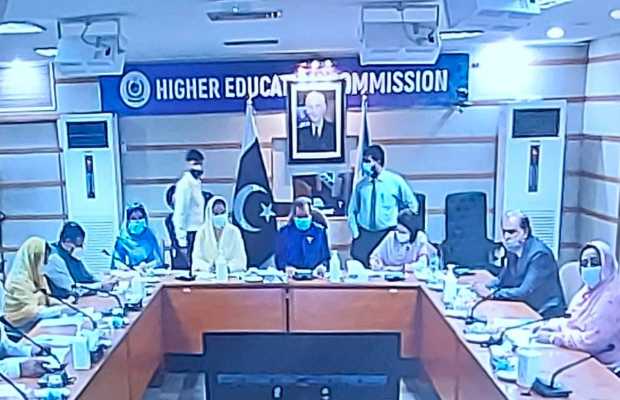 Minister for Education Shafqat Mahmood on Wednesday announced the decision following a meeting of inter-provincial education ministers in Islamabad.

According to the federal minister, the decision has been taken as students have different streams and directions so they will sit in exams related only to their particular subject of interest.

Only four exams, including math for ninth and matric, will be conducted. These subjects include biology, computer science, physics, and chemistry.

No student would be awarded grades without attempting examinations this year, the education minister said, adding: “If we do not conduct the exams, then students will not even employ minimum efforts to study.”

The education minister added that the boards were preparing to conduct exams from June 24, and now, to facilitate students, we have asked them to begin examinations after July 10.

The federal minister further said that the exams will start after July 10 in order to give students at least three to four weeks to prepare.

“We are taking this decision to make the most of the current situation when Covid-19 cases have dropped,” he said, adding that the committee had also decided that all teachers would be vaccinated before the exams.

The minister said the government wants all the results to be issued by the third week of September so that timely issuance of results will help the students secure admissions in universities.

We took some important decisions today Re exams. For 9/10, exam in elective subjects plus math. For 11/12 only elective subjects. Exams pushed to after July 10 with 10 and 12 grade exams on priority. These decisions are final. No change

The marks percentage taken by students in elective subjects will also be proportionately allocated to subjects in which exams is not being taken https://t.co/0G6wimifzQ

Shafqat Mahmood also tweeted that all universities are allowed to open from Monday.

All universities are allowed to open from Monday https://t.co/D8SVs7CM5c

The federal minister also said that no teacher invigilating the exams can perform their duties without getting the coronavirus vaccine, and that is why the government has begun their inoculation on a priority basis.

“We have assured the provinces in this regard and asked them to seek assistance if they face any setbacks,” he added.