A new monsoon spell is expected to hit the region, including Karachi as Met Office forecast rain from Friday to Monday.

The Meteorological Department has also issued an urban flooding warning for Karachi, Thatta, and Hyderabad.

The first spell of monsoon in the month of July proved to be havoc for the metropolis and other cities of Sindh, with sewage and rain nullahs clogged with plastic bags and garbage, causing rainwater to gather on streets and paralyzing day to day activities.

According to a Met Department notification, a “well-marked low-pressure monsoon system has formed over the northern part of Bay of Bengal and its adjoining areas. It is likely to move westwards and may reach over Indian Gujrat region around the morning of 9th August. 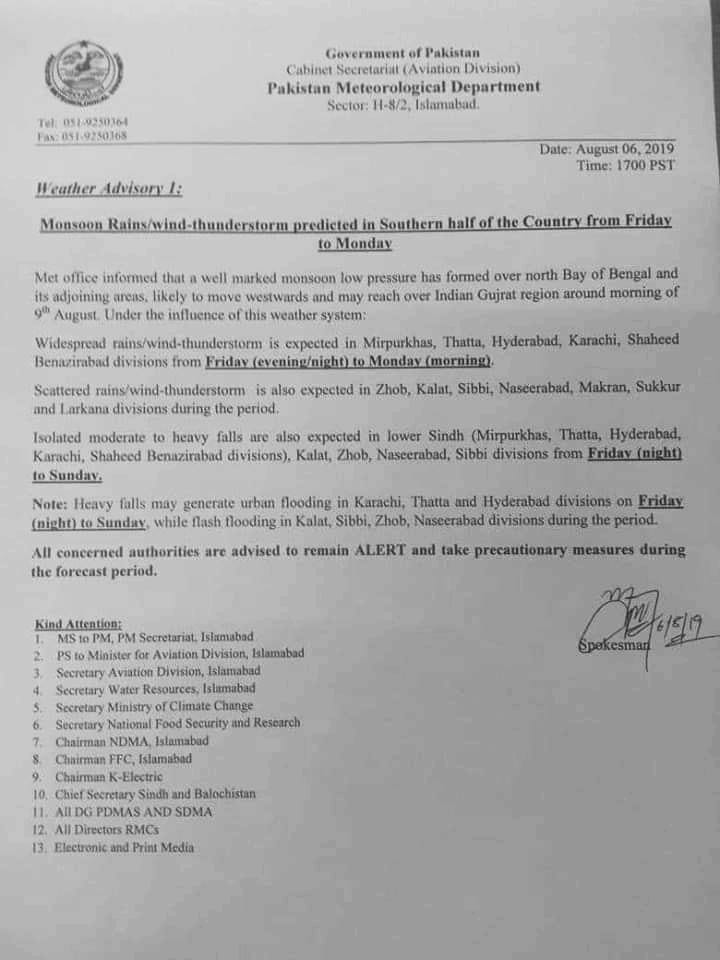 The system is likely to enter the lower parts of Pakistan late on August 9 [Friday] and stay in the region till August 11 [Sunday].

Under the influence of this weather system, widespread rains and wind-thunderstorm is expected

All the relevant departments have been put on the high alert during the monsoon period by the authorities.

After the first monsoon spell, Karachi and various other cities of Sindh showed major flaws in Sindh’s garbage disposal systems.

However, the clean Karachi drive is underway at the moment, with the first target to de-silt all storm-water drains before Eid-ul-Azha.