The Black Caps flew to Abu Dhabi before heading back to their country. 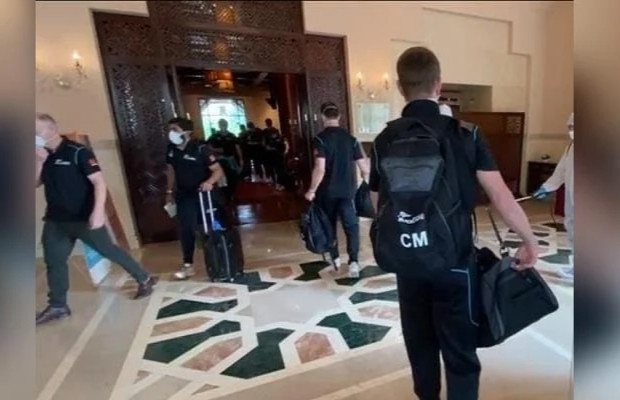 The Black Caps flew to Abu Dhabi via Flight RG233 that took off from Benazir International Airport, Islamabad at 8:13 pm local time, before heading back to their country.

A chartered plane, the Airbus A319 arrived at 6:15 pm from Abu Dhabi to pick up the Kiwis.

Pakistani cricketer Mohammad Hafeez sharing a video of Kiwis reaching the airport in a tweet said:

“Thanks to the security of Pakistan forces to make arrangements to @BLACKCAPS to reach airport safe [and] sound.”

The veteran cricketer added: “[I] wonder, the same route [and] same security, but no threat today???”

Thanks to the secutity of pakistan forces to make arrangements to @BLACKCAPS to reach at airport Safe & Sound. Wonder same route & same security but no threat today??? pic.twitter.com/mwxq6AFjyT

The Kiwis, who arrived in Pakistan after 18 years, called off the tour citing security concerns.

The New Zealand cricket team was pulled out of Pakistan at the last minute after the Five Eyes, an intelligence alliance of New Zealand, Australia, Canada, United States, and the United Kingdom, advised Wellington to do so, NZ Herald reported.