Around 50 people were killed in an attack on two mosques in Christchurch, NZ 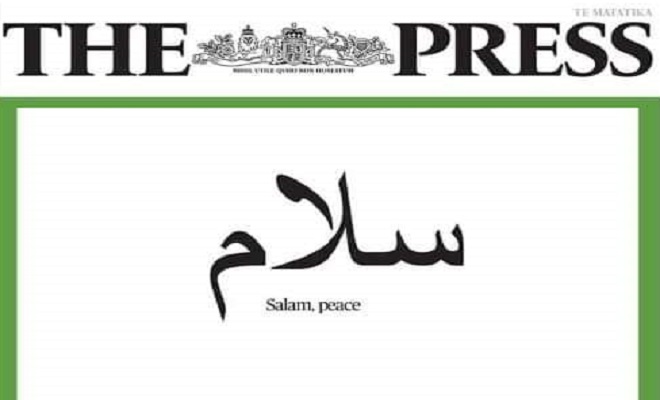 After the Christchurch terror attack, that killed 50 muslims in two mosques, New Zealand has stood together in the face of the adversary. The nation, led by their strong Prime Minister Jacinda Ardern has displayed strong resolve and have stood with strength.

Today, 22nd March, Friday, marks a week after the attack. To pay homage to the victims, New Zealand broadcast the Azaan on their national television and radio and also maintained a two minute silence to mark a week since the attack.

Following the tributes to the martyrs, New Zealand’s newspaper The Press also paid homage to the victims, by dedicating their first page to all Muslims. 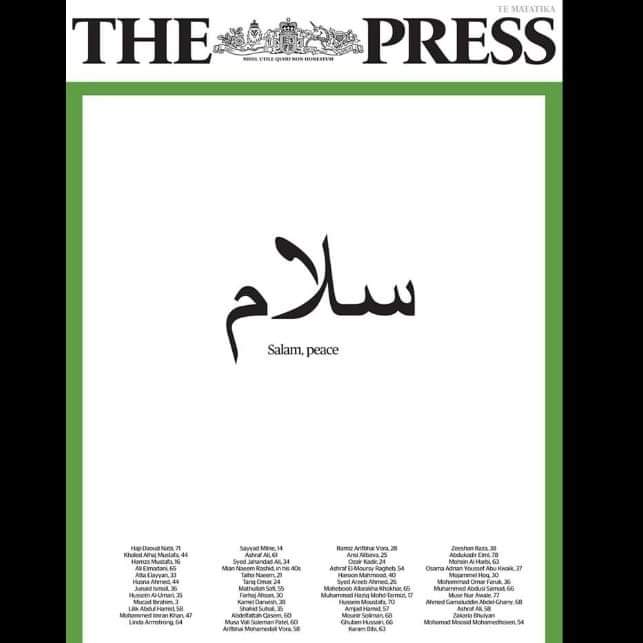 The first page of the newspaper reads Salam, translating it to peace and lists the victims of the Christchurch attacks with their names and biographies.

In tough times following the attack, New Zealand’s Prime Minister Jacinda Ardern has portrayed what a true leadership looks like. Not only does she refuse to budge and refer to the terrorist with his name, she has gone from door to door paying condolences, stands strong and has also banned weapons of mass killing all across NZ.