The traditional and highly anticipated fireworks show was cancelled due to the risk of Covid-19 among crowds gathering to watch the fireworks. 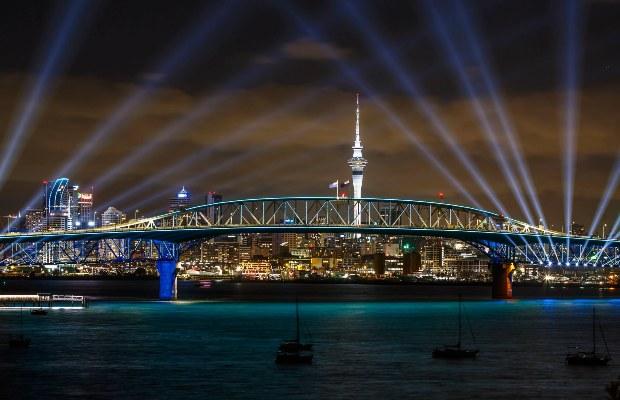 New Zealand rings in the new year 2022 with a light show in Auckland on Friday.

New Zealand had announced easing the Covid crowd rules in time for New Year’s Eve, despite the Omicron scare.

People were allowed to gather in Auckland for the first time since August as the country prepared to lead the world in welcoming the new year 2022.

After the city spent 128 days of 2021 in lockdown, the central Auckland landmarks were lit up on Friday night to ring in the new year.

However, the traditional and highly anticipated fireworks show was cancelled due to the risk of Covid-19 among crowds gathering to watch the fireworks.

As being reported, The annual New Year’s Eve party in North Hagley Park, which normally attracts about 20,000 people with music and fireworks, was called off last month by the Christchurch City Council.