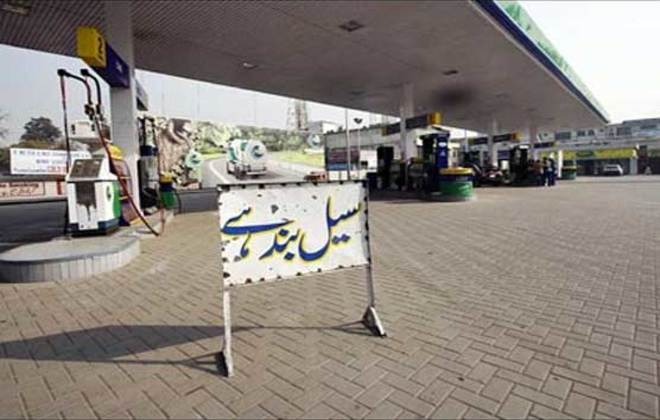 According to news reports CNG stations across Sindh have been closed till further notice due to gas shortage in the various gas fields. Commuters will surely face immense transportation problems because of the shortage of public transport on roads due to unavailability of CNG.

The copy of the notification has been received. Which says the CNG stations will remain closed till further notice throughout Sindh, including Karachi, in compliance with the sectorial order for gas load management. The decision has been taken to ensure adequate supply to domestic and commercial sectors. 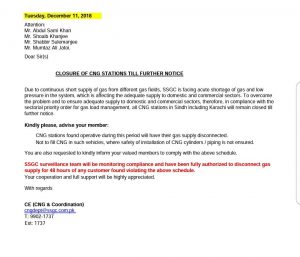 As being reported, two gas fields of Sui Southern Gas Company (SSGC), Tando Jam and Gambat gas field, have been suffering from a gas shortage. The factories and industries are also feeling the lack of gas pressure.

Co-coordinator Zone, All Pakistan CNG Association Shoaib Khan Ji has condemned this decision of the closer of CNG stations by SSGC in a statement issued to the media. He further added that this will add to the burden on the poor and will also increase inflation.

CNG Association has announced to stage a protest tomorrow outside SSGC office against CNG closure.

Minister for Energy Imtiaz Sheikh blamed the federal government responsible for the gas crisis in Sindh, he said that PM Imran Khan failed to fulfill his promise for the provision of gas when PM had visited in Karachi.