Nida Yasir’s viral clip leaves us wondering is there a concept of content research for Morning Shows?

When a person who is doing a show for years has no habit of doing homework about the guests and topic, this could happen. 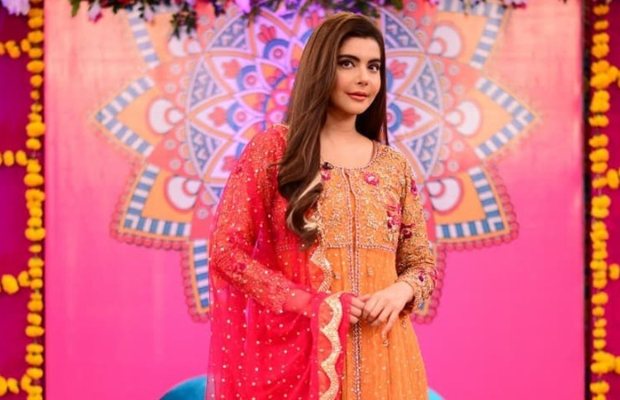 It’s been a day since Nida Yasir’s old clip from the morning show is doing rounds on social media.

And it has left many irked for sure.

Nida Yasir talked about Formula One cars and ask some of the silliest questions, and we can see the trouble the young engineers are going through to explain the concept.
By doing some research we have found that the clip belonged to May 20th, 2016, Good Morning Pakistan this episode, in which the engineering students of the National University of Science & Technology (NUST) were invited to talk about their amazing project.
Abdul Aleem and Mohammad Shariq Waqar; the students of NUST appeared on Good Morning Pakistan to talk about the very first “Electric Formula Racing Car” that they created along with other 17 group members.
Well honestly speaking with having some personal experience in the field of live TV shows and morning shows segments; This could happen when a person who is doing a show for years has no habit of doing homework about the guests and topic!
This viral episode has left us wondering who chose and monitor content for these morning shows.
If the host doesn’t have the authority on the subject, there is a team behind for research and planning the content for the host to prepare ahead.
And it was really insane to watch such a dumb portray of knowledge. SOS lesson for hosts, if you don’t know what is being discussed, do not jump to a conclusion as you have come unprepared. Save yourself from being embarrassed.
What she could have done to save the face was simply ask, As I have not knowledge about Formula Cars or racing cars, enlighten me and viewers about it.
But the morning show host went on to ask silly questions, and most amazing thing there was no one at the backend at the PCR to speak some sense into the host’s ear through the earpeice attached in her ear.
This wasn’t the first time that we saw an unresponsible attitude from the host in a morning show. And also raise the question what is the purpose of such unplanned shows for the morning time audiences.
Meanwhile, trolls and keyboard warriors are not sparing Nida Yasir over this Formula Car blunder:

ffs, hire someone which can do homework for you because you aren’t capable of doing that. 😭

Nida Yasir should stick to mayun, mehndi, make-up bla bla so that she could continue hosting shows guilt free for not using her brain in decades.

It’s amazing how people have suddenly realised how stupid and dumb Nida Yasir is.She’s been doing it for years,this is actually the smarter version.The jokes on you guys.

And showing off her vacation pictures in front of the audience 🤢