The respective departments have been instructed to remain on high alert for any suspicious cases. 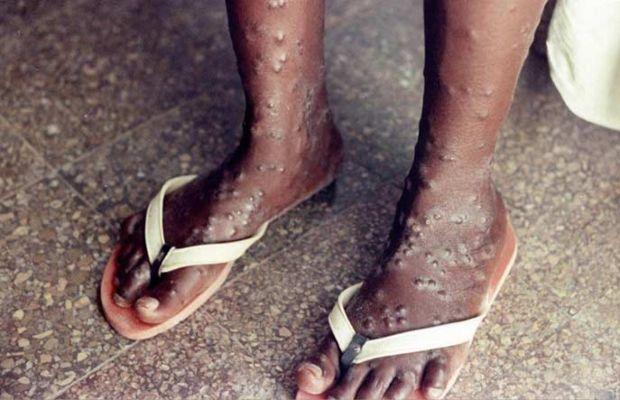 NIH issues high alert for surveillance of Monkeypox virus in the country.

As reported, the National Institutes of Health (NIH) on Monday has issued a high alert to all the relevant federal and provincial agencies to tighten the surveillance of the Monkeypox virus in Pakistan.

NIH notified that no case of Monkeypox has come to light in Pakistan yet but there is a need of tightening the surveillance of the virus on domestic routes after 92 confirmed cases of the Monkeypox virus in different countries.

The Ministry of National Health has also directed the NIH to monitor the situation, as well as all national and provincial health authorities.

The respective departments have been instructed to remain on high alert for any suspicious cases.

At least 92 monkeypox virus cases have been confirmed in 12 countries, the World Health Organization (WHO) has said.
WHO has warned that the infection is likely to spread to more nations even as it expands surveillance.

On the other hand,

The European Health Agency has warned that monkeypox could become endemic in Europe if the current outbreak continues and the virus spills back into susceptible animals.
tweet
Share on FacebookShare on TwitterShare on PinterestShare on Reddit
NewsDeskMay 23, 2022
the authorNewsDesk
All posts byNewsDesk