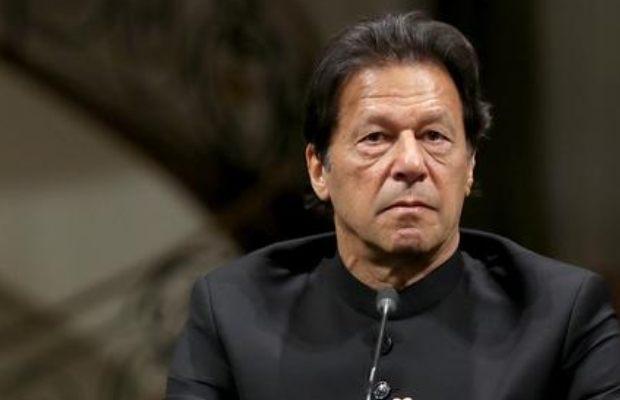 Pakistan’s political crisis has deepened further as reports arrive that PM Imran Khan is facing a revolt within his party.

It was reported a day ago that around 24 members of the ruling PTI are currently staying at the Sindh House, in Islamabad.

The move is said to have plunged the country into political chaos.

“A list containing the names of the MNAs staying at the Sindh House has been sent to PM Imran Khan,” the source added. PTI’s estranged member Raja Riaz in an interview to anchorperson to a private news channel disclosed that around 24 disgruntled MNAs of the ruling party were staying at the Sindh House.

Riaz claimed that the MNAs fear government action against them like the one they witnessed when the Islamabad police had raided the Parliament Lodges a week ago.

However, Riaz, maintained that he was ready to move back to the Parliament Lodges if the premier assured him that the police would not swing into action against him.

Riaz further added the lawmakers were not missing as they were in Islamabad, saying they had differences with PM Imran and his government’s policies.

“The PTI’s troubles stem from its incompetent advisers and assistants,” he added.

Raja Riaz,  who has reportedly, joined the group of estranged PTI leader Jahangir Khan Tareen, said that if PM Imran Khan assures all MNAs that no action will be taken against those who decide to vote against him on the day of the no-confidence motion, they are ready to go back to the Parliament Lodges.

While speaking to Geo News, PTI MNAs Malik Nawab Sher Waseer and Riaz said that around 24 PTI members have been staying in the Sindh House right now.

Following the development, it emerges that Prime Minister Imran Khan has directed National Assembly Speaker Asad Qaiser to move the Election Commission of Pakistan (ECP) for legal action and de-notification of the dissident PTI members.

PM Imran Khan also asked the NA speaker to initiate legal action against the 24 dissident MNAs of the party staying at the Sindh House.

PM Imran Khan gave the directives during a meeting of party spokespersons Thursday, according to the news source.