A 15-point order of the day, issued by NA secretariat last night did not includ no-trust motion against PM Imran Khan on the agenda 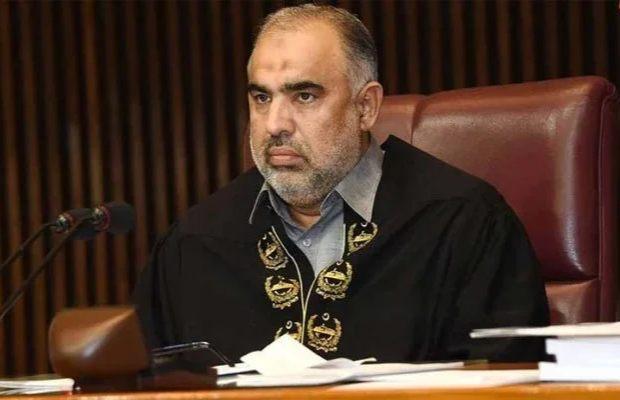 Today’s extremely important National  Assembly session had the no-trust motion agenda and as expected the session was adjourned.

Federal Minister for Religious Affairs and Inter-faith Harmony Noorul Haq Qadri offered Fateha for PTI’s deceased MNA Khayal Zaman from Hangu, others who lost their lives during Peshawar and Sibi terror attacks as per Qaiser’s direction.

“Since this is the tradition of this house, that whenever a respectable member [of the assembly] passes away, the [NA] session is adjourned till the next [working] day in their honour,” Qaiser said.

On Thursday night, the NA secretariat had issued a 15-point order of the day for today.

It did not have the no-trust motion against PM Imran Khan included on the agenda for the crucial session, alongside other affairs.