Some tabdeeli at least in Naya Pakistan 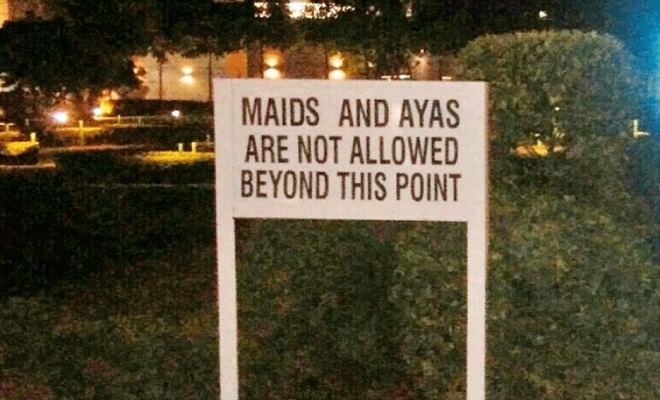 Perhaps the government is still struggling to bring economic reforms in the country. And we agree, these will take time. But what we really find appreciable about the current government of Pakistan is its consistent efforts for social change and the fact that its focusing on equality and ending discrimination more.

In a recent turn of events, Prime Minister, Imran Khan has ordered the removal of all discriminatory sign boards in social clubs in Islamabad, allowing domestic helpers free movement in such places.

The Prime Minister passed the order during a high-level meeting regarding the GSP Plus status of Pakistan. The order will not only end the class-discrimination in  places but will also encourage people to finally break the shackles of our colonial past.

The issue had first emerged in 2017 when a picture of the sign-board at Islamabad Club reading “maids and ayas are not allowed beyond this point” surfaced on social media. A number of clubs in Islamabad that house bureaucrats, politicians and other elites as their members, discriminate amongst domestic helpers, barring entries after certain points.

Chairing the meeting, attended by the Minister for Human Rights Dr. Shireen Mazari, Information Minister Chaudhry Fawad Hussain,  Minister of State for Interior Mr. Shehryar Afridi, Advisor to PM on Commerce Mr. Abdul Razaq Dawood and Attorney General Mr. Anwar Mansoor Khan amongst others, the Prime Minister also instructed swift action against elimination of bonded labor in all parts of the country and special reports and actions to be taken against child labor and provision of education for such children.