No weddings in Islamabad after 10 pm, govt’s new directives

Furthermore, permission to serve only one dish to wedding guests will also be given. 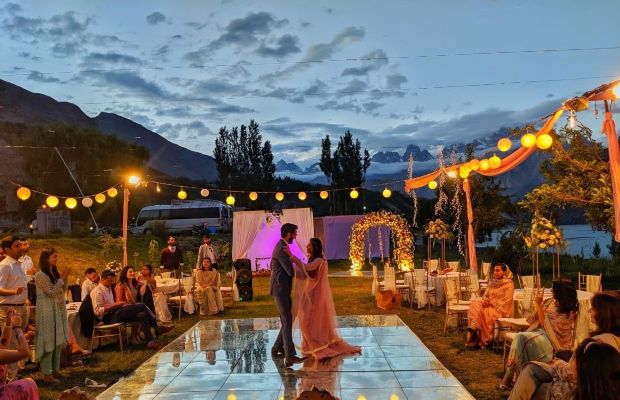 No weddings in Islamabad after 10 pm | OyeYeah News
0Share
41Views

No wedding functions will be held in Islamabad after 10 pm, according to the government’s new directives.

The ban has been implemented from today, June 8.

The restriction has been implemented on the instructions of Prime Minister Shehbaz Sharif.

Furthermore, permission to serve only one dish to wedding guests will also be given.

According to the sources, a notification will be issued over this new restriction soon.

While Islamabad police and administration have been informed to strictly implement the ban.

Strict action will be taken by the capital city administration in case of violation.

A day earlier, Shehbaz Sharif during a pre-budget business conference stressed the need of signing a ‘Charter of Economy’ for economic stability and progress in the country.

“Charter of Economy will remain unchanged. It will become our sacred trust, which will not change,” the prime minister said, adding: “We need this.”

“It’s about time the elite class had to make sacrifices and non-productive assets like real estate would have to be taxed. Until now, the hard time has been faced by the poor but today it’s the turn of well-off people to take the burden,” PM Shehbaz Sharif said.