The court had indicted all 12 accused including the main accused Zahir Jaffer in the Noor Mukadam murder case on October 14. 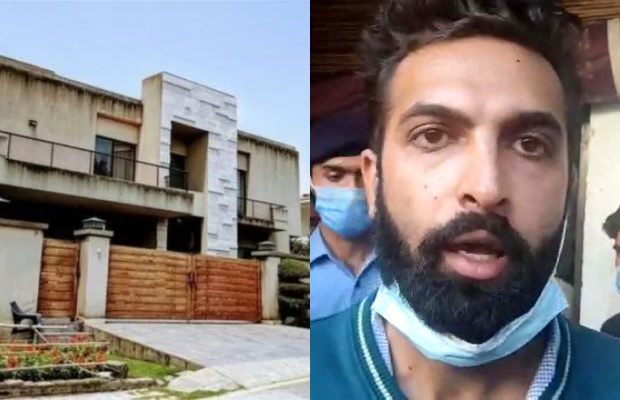 Some more horrific details come to light in the Noor Mukadam murder case as the prosecution submitted transcripts of the closed-circuit television (CCTV) camera footage were submitted Tuesday in Islamabad.

According to the transcript, the time of the DVR camera, from where the footage had been accessed, was 35 minutes ahead of the Pakistan Standard Time.

July 18 at 10:18 pm: Noor Mukadam can be seen entering the house of Zahir Jaffer while she is on a phone call.

July 19 at 2:39 am: Zahir Jaffer and Noor are seen coming out of the gate with bags and re-entering the house after leaving their luggage in a taxi outside the main gate.

July 19  afternoon, at 2:41 pm: Noor can be seen running towards the gate barefoot in panic, while at the same time, watchman Iftikhar is seen closing the gate at her. Meanwhile, Zahir rushes to the main gate and grabs Noor. Noor can be seen folding her hands and pleading with him to let her go. Zahir completely ignores her and forcibly drags her inside the house.

2:52 am: Zahir and Noor re-enter the house with the bags they had earlier kept inside the taxi. At this moment, Iftikhar is seen in the courtyard opening the main gate for them. A black dog is also seen.

July 20, 7:12 pm: Noor jumps from the first floor and falls on the grill of the ground floor. She had a mobile phone in her hand and staggered to the outer main gate in what could be seen as an attempt to go out the gate. At this point, Iftikhar and the gardener were seen closing the gate.

Amidst this, Zahir, too, is seen, jumping from the terrace of the first floor of the house and running and grabbing Noor. He locks her in a cabin at the gate. Then Zahir opens the cabin and snatches the mobile phone from her.

July 20, 8:06 pm: Zahir forcibly drags Noor out of the cabin and takes her inside the house.

Shortly after, at 8:06 pm, the Therapy Works team enters the house through the main gate.

July 20, 8:55 pm: People from Therapy Works are seen taking an injured person out of the house towards the main gate.

The court had indicted all 12 accused including the main accused Zahir Jaffer in the Noor Mukadam murder case on October 14.

tweet
Share on FacebookShare on TwitterShare on PinterestShare on Reddit
Saman SiddiquiNovember 9, 2021
the authorSaman Siddiqui
Saman Siddiqui, A freelance journalist with a Master’s Degree in Mass Communication and MS in Peace and Conflict Studies. Associated with the media industry since 2006. Experience in various capacities including Program Host, Researcher, News Producer, Documentary Making, Voice Over, Content Writing Copy Editing, and Blogging, and currently associated with OyeYeah since 2018, working as an Editor.
All posts bySaman Siddiqui