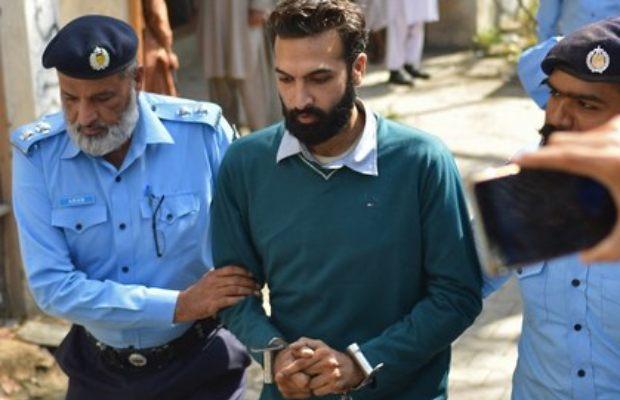 The Court has outlined the reasons to reject the plea from Zahir Jaffer’s counsel in the Noor Mukadam murder case.

Islamabad sessions court on Wednesday has issued a judgment it had reserved earlier in the day, rejecting the plea to constitute the medical board for Zahir Jaffer’s mental assessment

The court issued a four-page order outlining the reasons to reject a plea on the formation of a medical board to determine the mental state of Zahir Jaffer, the prime accused in the Noor Mukadam murder.

The court has adjourned the proceedings in the case till January 15.

The court said that the application was moved only when the trial was in the final stage while neither Zahir Jaffer nor his parents or family members had made “any such application” earlier though they had been appearing in the case.

The court in the verdict said that the objection that the accused is “mentally disordered” was raised for the first time on December 1, 2021, by Sikandar Zulqarnain Saleem Advocate who was appointed the state counsel after being “arranged, managed, and brought by family members of the accused” before the court.

“No such objection has ever been raised earlier before the learned Magistrates at remand stage as well as before the court,” the order read.

“For the sake of arguments if the accused is presumed as mentally disordered then the application should have been moved through next friend [sic] or mother or father. The application in hand has been moved without providing any previous medical history of the accused.”

Furthermore, the court said it had not found any sign that Zahir Jaffer was insane and not fit to stand trial.

“The court also tentatively examined the accused Zahir Zakir Jafar [sic] on 08.12.2021, but nothing such disability has been observed. Facts and attending circumstances reveal that the accused is not suffering from mental illness.”

The court noted that the application filed months after Zahir Jaffer’s arrest on July 20, 2021, was a device to evade criminal responsibility. “Such afterthought plea has been raised just to get rid of criminal liability.”

tweet
Share on FacebookShare on TwitterShare on PinterestShare on Reddit
Saman SiddiquiJanuary 6, 2022
the authorSaman Siddiqui
Saman Siddiqui, A freelance journalist with a Master’s Degree in Mass Communication and MS in Peace and Conflict Studies. Associated with the media industry since 2006. Experience in various capacities including Program Host, Researcher, News Producer, Documentary Making, Voice Over, Content Writing Copy Editing, and Blogging, and currently associated with OyeYeah since 2018, working as an Editor.
All posts bySaman Siddiqui