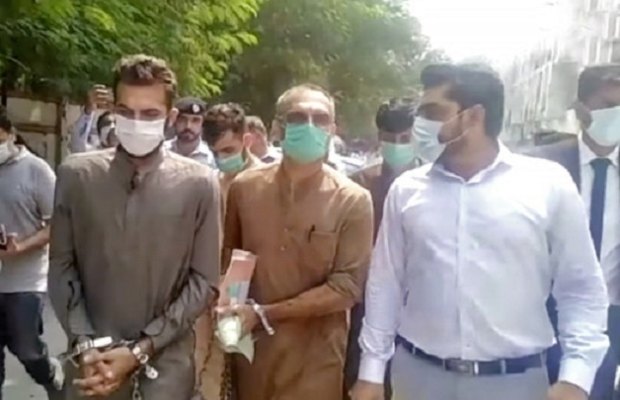 The Islamabad court will indict prime suspect Zahir Jaffer and others in the Noor Mukadam murder case on October 14.

At today’s hearing, Additional Sessions Judge Ata Rabbani announced the new date for the indictments in the suspects’ presence.

There are a total of 12 people that will be indicted in the high-profile case, including Zahir Zakir Jaffer— the main suspect in Noor’s murder; Zahir’s parents Zakir Jaffer and Asmat Adamjee, their three household staff Iftikhar, Jan Muhammad and Jameel, and six Therapy Works employees including Tahir Zahoor, Amjad, Dilip Kumar, Abdul Haq, Wamiq and Samar Abbas.

The court also dismissed applications of the suspects seeking copies of the evidence. Jaffer, his parents Zakir Jaffer and Asmat Adamjee, their three household employees Iftikhar, Jan Muhammad, and Jameel were produced before the court as it resumed hearing.

During the hearing, the prime suspect requested permission to present his stance at the rostrum.

“I apologise,” he said. “I want to speak at the rostrum.”

The judge turned down his request,  saying, “We will give you a hearing during the trial.”

Furthermore, the court also rejected the suspects’ request for a copy of the digital evidence in the case.

The grisly murder case sent shock waves across the county, that took place on July 20 in Islamabad’s F-7 area.

Noor Mukadam, 27, daughter of Shaukat Mukadam, was found murdered at a residence in the capital’s upscale Sector F-7/4.

The main suspect of the murder Zahir Jaffer was arrested at the scene of the crime.