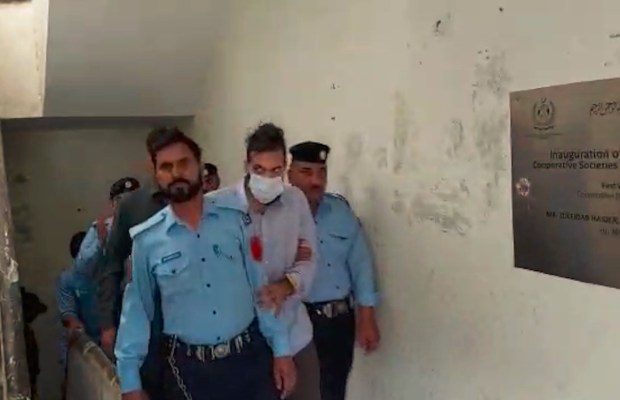 Zahir Jaffer, the main suspect of the Noor Mukadam murder case, was brought to the judicial lockup at the district court on Monday, as his 14-day judicial remand had expired.

The main suspect of the case but was not produced before a judge.

He was kept in the court lockup where prisoners brought from prison for case hearings are kept.

After the attendance, the police took the suspect back to Adiala Jail.

The Homicide Investigation Unit of the Kohsar police station prepared the case challan on Saturday.

In the challan, the police have requested the court to give strict punishment to Jaffer.

“Other suspects in the case should be penalised for hiding the crime from the police.”

As being reported, Jaffer’s parents, the Therapy Works CEO, and other suspects have been named as accomplices in the crime.

Noor’s father while talking to a news channel said the parents remain optimistic about the speedy delivery of justice in the case, having a firm belief in the police and Pakistan’s judicial system.