The next hearing will be on September 23 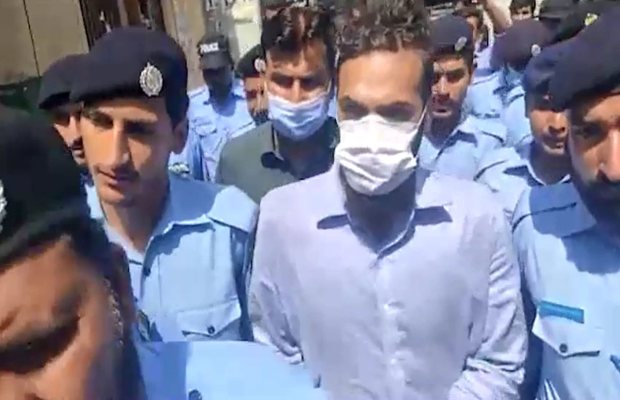 After a considerable delay, police on Thursday have finally submitted the challan at the Islamabad Sessions Court.

The prime suspect of murder Zahir, his parents Zakir Jaffer and Asmat Adamjee, and the three other suspects were present in today’s hearing.

Additional Sessions Judge Atta Rabbani said that the copies of the challan would be distributed in the next hearing on September 23 once all suspects were present.

Furthermore, the court extended the judicial remand of the prime suspect in the murder case Zahir Jaffer and his parents Zakir Jaffer and Asmat Adamjee, and as well as of the three of their household staff, identified as Iftikhar, Jan Muhammad, and Jameel, till the next hearing.

The judge also summoned six Therapyworks employees who are suspects in the case, on Sept 23.

On Thursday’s hearing, the counsel for Zahir’s parents, Raja Rizwan Abbasi, said that the six Therapyworks employees were given bail and the court should issue a summons notice to them.

He also said a request for an in-camera hearing would be submitted.

The judge responded to counsel’s point saying: “The application will be looked at in accordance with the law once it is submitted.”