The forensic lab has sent the report to the Islamabad police. 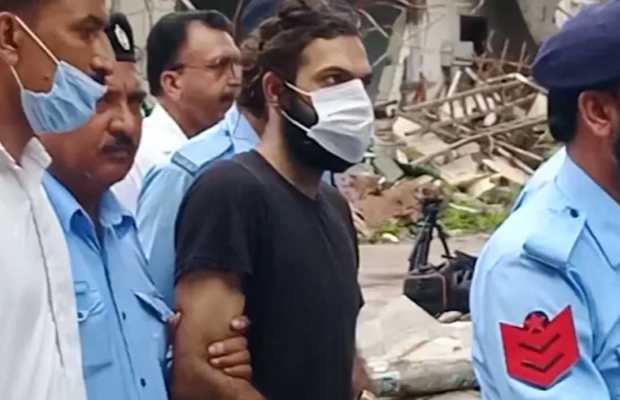 Noor Muqaddam’s forensic report confirms rape before the murder, it emerges on Wednesday.

The forensic report revealed that Noor was raped before the murder and was brutally tortured before killing and beheading.

The forensic report was released on Wednesday to ascertain that Noor was raped before she was butchered.

Furthermore, the DNA of accused Zahir Jaffar matched with the samples collected from the crime scene.

As per the report, that the fingerprints of accused Jaffar were found on the weapon of murder.

Accused Zahir Jaffar was arrested at the scene of the crime on July 20 and is facing trial.

Noor’s throat was slit open by a sharp-edged weapon then the murderer severed her head in the most brutal manner.

The 27-year-old Noor Mukadam, who was the daughter of former ambassador Shaukat Mukadam, was brutally murdered on July 20 in Islamabad.

tweet
Share on FacebookShare on TwitterShare on PinterestShare on Reddit
Saman SiddiquiAugust 11, 2021
the authorSaman Siddiqui
Saman Siddiqui, A freelance journalist with a Master’s Degree in Mass Communication and MS in Peace and Conflict Studies. Associated with the media industry since 2006. Experience in various capacities including Program Host, Researcher, News Producer, Documentary Making, Voice Over, Content Writing Copy Editing, and Blogging, and currently associated with OyeYeah since 2018, working as an Editor.
All posts bySaman Siddiqui