The move is being made in an attempt to stop the violence and looting that have accompanied the protests. 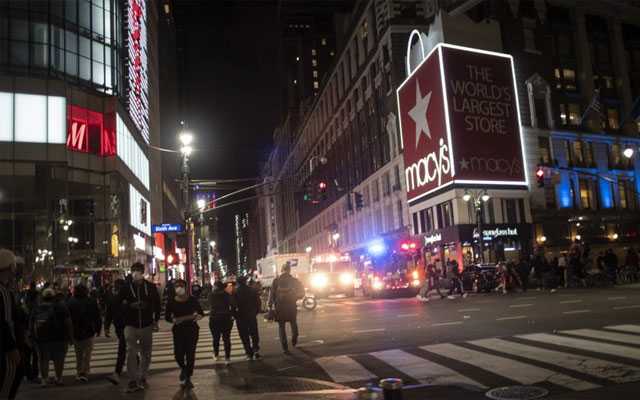 New York City imposed an 11 p.m. curfew on Monday for the first time in more than 75 years as the US biggest city tried to prevent another night of destruction erupting amid protests over George Floyd’s death.

The move is being made in an attempt to stop the violence and looting that have accompanied the protests.

New York is joining other cities around the US in imposing curfews after days of violence. Governor Andrew Cuomo and Mayor Bill de Blasio imposed the restrictions after several days of mainly peaceful demonstrations over the death of George Floyed turned into violence overnight.

Many protesters, despite the curfew, stayed out well into the morning, including some looters who broke store windows and stole merchandise in several areas.

The limitation on 8.6 million people’s movements — on top of restrictions already imposed because of the coronavirus.

Monday night’s curfew lasted from 11 p.m. to 5 a.m, but on Tuesday, it is expected to start even earlier at 8 p.m. It does not apply to essential workers or homeless people on the streets.

The New York Police Department doubled the number of officers on the streets to 8,000. Police say dozens of people were arrested overnight.