IMF bailout deal will bring nothing but tsunami of inflation, said opposition. 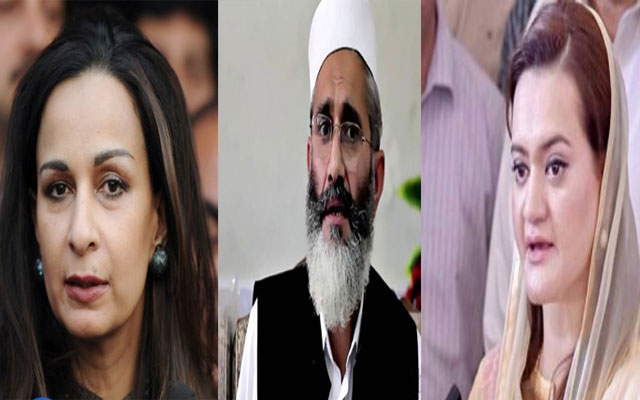 Opposition parties on Monday denounced the deal Tahreek-e-Insaaf government finalized with International Monetary Fund (IMF) about a $6bn bailout package over a period of 39 months to meet the necessary structural reforms.

The announcement was made on Sunday by Prime Minister’s advisor on finance, Abdul Hafeez Shaikh.

As soon as the official bailout package with IMF was formally confirmed, opposition parties lashed out the agreement highlighting the concerns over rising inflation and slowed economic growth rate as a consequence of loan conditions imposed by IMF.

Spokesperson Pakistan Muslim League-Nawaz (PML-N) Marriyum Aurangzeb said while reacting on the deal, “It was better for the Prime Minister Imran Khan to commit suicide than to have agreed to the $6bn deal.”

Criticising the decision of the PTI government she took to Twitter saying “reaching out the agreement on the conditions of the lender, now an inflation bomb will be dropped on the people of Pakistan.” Aurangzed persisted, “Imran Khan, you handed over the country to the IMF for just $6 billion.”

“The relief for the poor has ended and the prices of gas, electricity, and food items are up,” she wrote.

Meanwhile, Jamaat-e-Islami (JI) Ameer Senator Sirajul Haq said, “Government went against their prior claims and promises of giving relief to people, bowing down to IMF’s condition imposing more taxes on the poor people. The agreement will also result in increasing, electricity, gas and oil prices.”

Earlier, the move was also announced on IMF website on Sunday seeking a deal, “Pakistan is facing a challenging economic environment, with lackluster growth, elevated inflation, high indebtedness, and a weak external position,” it said.