The accused have been charged with various offenses including fraud, kidnapping, and rape. 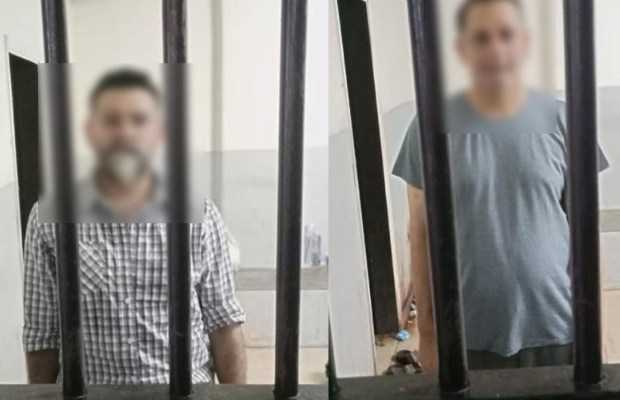 Owners of a private showroom were arrested in Karachi over charges of short-term kidnapping.

As being reported, Honda showroom owners named Sheikh Sheraz and Sheikh Moiz were arrested by Feroze Abad police during a raid at the Ramada Hotel.

The duo was arrested a day after they managed to escape from the court of District and Session Judge after their interim bail was cancelled.

A suspect identified as Sheikh Sarmad reportedly managed to flee from the hotel.

The accused have been charged with various offenses including fraud, kidnapping, and rape.

As being reported the accused kidnapped a businessman and recovered Rs 4.5 million at gunpoint, and also seized a vehicle.

The showroom owners are also accused of selling cars without documents and collect money again when documents were requested.

The interrogation report reveals that the suspects are accused of short-term kidnapping of businessmen and holding them hostage at Honda Showroom located on Shahra-e-Faisal.

Furthermore, the accused also held several women from Karachi as a hostage in the showroom and sexually assault them on the pretext of providing jobs.