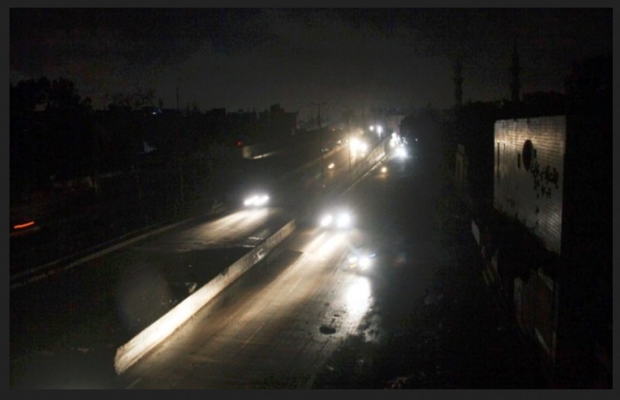 Monsoon season has massively effected Karachi’s infrastructure, from roads to the electricity system, the whole city has toppled in the last two days due to heavy rain. Earlier tonight, due to the overflow of Lath Dam a huge flow of floodwater entered in KDA Scheme-33 and the K-Electric grid station that provides power to almost 50% of Karachi seemed in imminent threat of power breakdown.

Taking it to Facebook, KE informed its consumers of the grave situation and warned of possible power breakout in areas including Gulshan, Azizabad, Liaqatabad, Malir, FB Area, Surjani, Shadman, Johar, Shah Faisal among many others.

“Monsoon downpour has caused Lath Dam near Super Highway to overflow. The floodwater has entered K-Electric’s KDA Grid station, located at Gulzar-e-Hijri Scheme 33, one of the most critical grids of KE. As an emergency safety measure, we are forced to suspend supply to feeders associated with this grid. This has affected power supply to parts of Sohrab Goth, Abulhassan Isphahani Road, and Super Highway,” wrote KE.

The electric supply company added that they are closely working with the authorities to salvage the situation and ensure disrupted power supply to most areas of the city.

An hour later KE updated the consumers that due to critical condition, Pakistan Army has also come in to rescue the grid station. A special task force has been deployed to ensure water is kept at bay from entering the main area of the station.

“Pakistan Army has come to support our efforts. All possible resources including trenches, water pumps, and sandbags around the grid have been deployed to block the water and our teams are on ground to manage this emergency situation,” informed KE.

As per recent update of KE, electricity supply in many of the areas – suffering from an outage – has been restored. However, work is underway until the power is fully restored throughout the K-town.