The exact cause of the crash is yet to be ascertained. 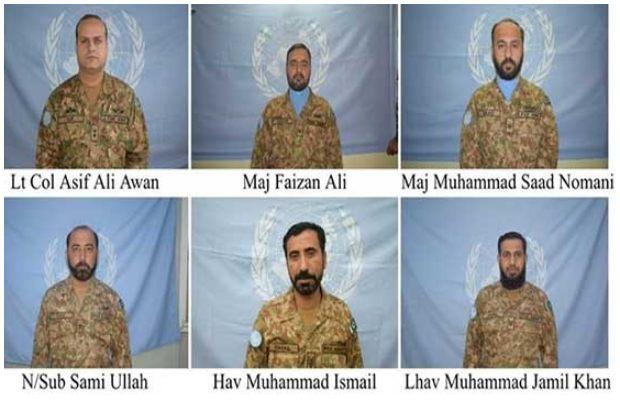 6 Pak Army personnel were martyred as a UN peacekeeping mission helicopter crashes in Congo on Tuesday.

The exact cause of the crash is yet to be ascertained.

At least eight UN peacekeepers including six Pakistan Army officers and soldiers were martyred after their helicopter crashed in the Democratic Republic of Congo it emerges on Tuesday.

According to a statement issued by the Inter-Services Public Relations (ISPR), “Pakistan Aviation Unit is deployed in UN Mission Congo on peacekeeping duties since 2011. On Mar 29, 22 while undertaking a reconnaissance mission in Congo, 1 PUMA Helicopter crashed.”

The military’s media wing said that the exact cause of the crash is yet to be ascertained and eight UN peacekeepers on board including six Pakistan Army officers/soldiers have embraced martyrdom.

Prime Minister Imran Khan expressed his deep sense of shock and grief over the incident and paid tribute to the global peace effort by the country’s armed forces.

Our brave army officers is martyred in #CongoPlaneCrash .May Allah Almighty keep their soul rest in peace. These all martyred officers appointed for global peace mission by United Nations in Congo.
My prayer are with these officers and their families.#CongoPlaneCrash pic.twitter.com/slNUIwFA2u