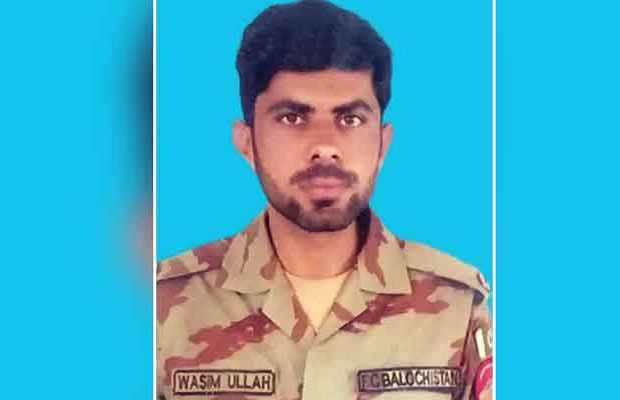 A soldier of Pakistan Army has martyred while three others were injured during an exchange of fire with terrorists near Turbat on Saturday, the Inter-Services Public Relations (ISPR) said in its statement.

According to the ISPR, the security forces were patrolling near a post that is 35km South-East of Turbat when the terrorists opened fire.

It is pertinent to mention here that the attack took place two days after terrorists attacked security forces on the Coastal Highway near Ormara.

Fourteen including seven FC personnel were martyred when an Oil and Gas Development Company (OGDCL) convoy was attacked by a large number of terrorists on Thursday, the ISPR had said.