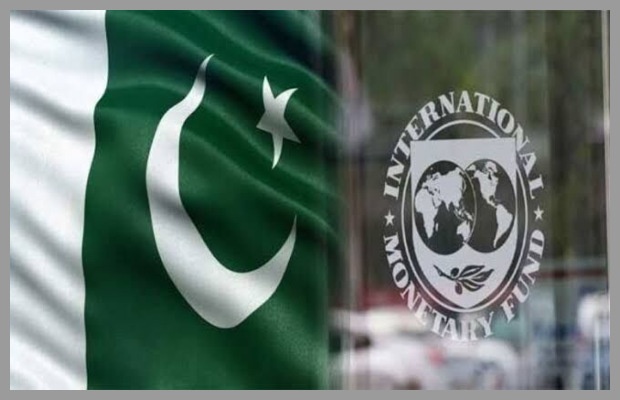 Pakistan and the International Monetary Fund (IMF) have reached a staff-level agreement on Monday.

“The agreement is subject to approval by the Executive Board, following the implementation of prior actions, notably on fiscal and institutional reforms,” reads a statement by the IMF.

“Completion of the review would make available SDR 750 million (about US$1,059 million), bringing total disbursements under the EFF to about US$3,027 million and helping unlock significant funding from bilateral and multilateral partners.”

The IMF recognised that “despite a difficult environment”, Pakistan continues to make progress on implementing the Extended Fund Facility programme.

“All quantitative performance criteria (PCs) for end-June were met with wide margins, except for that on the primary budget deficit,” stated the IMF.

The monetary fund expects Pakistan’s GDP growth to exceed 4% in FY22 and.

IMF expects inflation to start a declining trend after the impact of supply/demand-side pressures and PKR dep is absorbed.

On the fiscal front, IMF wants primary surplus and removal of some tax exemptions.

Here is how the deal will impact:

3. External Debt rollover/financing to be easier.

4. Fiscal spending to remain in control under IMF, which is important as the external account is under pressure

6. Electricity tariffs would also continue to increase. Work on Circular Debt Management Plan would speed up, positive for energy chain.

tweet
Share on FacebookShare on TwitterShare on PinterestShare on Reddit
Saman SiddiquiNovember 22, 2021
the authorSaman Siddiqui
Saman Siddiqui, A freelance journalist with a Master’s Degree in Mass Communication and MS in Peace and Conflict Studies. Associated with the media industry since 2006. Experience in various capacities including Program Host, Researcher, News Producer, Documentary Making, Voice Over, Content Writing Copy Editing, and Blogging, and currently associated with OyeYeah since 2018, working as an Editor.
All posts bySaman Siddiqui