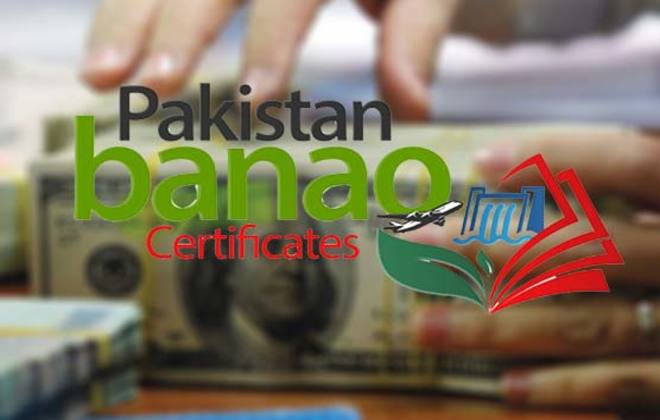 As being reported, the government has managed to receive one million dollars from the sale of ‘Pakistan Banao Certificate’ (PBC).

The certificates were launched more or less two-week ago to replenish depleting reserves of foreign exchange. The bond is a primary market instrument, It’s neither a bond nor traded in international markets.

This new scheme was launched by the government in late January to encourage millions of Pakistanis living overseas to pour their dollars’ savings into PBCs, to improve dwindling foreign exchange reserves that have hit the economy.

The source also quotes that the response has been better-than-expected as 5,000 investors have been registered with a web-based portal to procure the bonds. The demand is mainly emanating from Pakistani expatriates living in Europe and the United States.

“We expect a nice response from the Gulf countries, especially the United Arab Emirates as well. We’re testing appetite for this unique product from the overseas Pakistanis. We see more investment applications to be received in times to come given significant returns being offered on these certificates”, the source added.

The dollar-denominated PBCs are currently being offered at higher yields than foreign bonds. The latest offering is 100 percent guaranteed by the government. The minimum investment limit is $5,000 with no upper limit.

The government offers maturities of 3 and 5 years, with yields of 6.25 percent and 6.75 percent respectively. The six-monthly return on the certificates is set to London Interbank Offered Rate plus 400 basis points.
Comparatively, yields on Pakistan’s five Eurobonds maturing from 2019 to 2036 hover between 6.6 to 8.2 percent.

PBCs are being marketed by six banks, which include National Bank of Pakistan, Habib Bank, Allied Bank, JS Bank, and Standard Chartered Bank. The transaction is being managed by the SBP and DBP, which provides services such as collection of proceeds, distribution of periodic payments (profit and redemption) and handling of investors’ queries with respect to investment in the certificates.

tweet
Share on FacebookShare on TwitterShare on PinterestShare on Reddit
Saman SiddiquiFebruary 13, 2019
the authorSaman Siddiqui
Saman Siddiqui, A freelance journalist with a Master’s Degree in Mass Communication and MS in Peace and Conflict Studies. Associated with the media industry since 2006. Experience in various capacities including Program Host, Researcher, News Producer, Documentary Making, Voice Over, Content Writing Copy Editing, and Blogging, and currently associated with OyeYeah since 2018, working as an Editor.
All posts bySaman Siddiqui