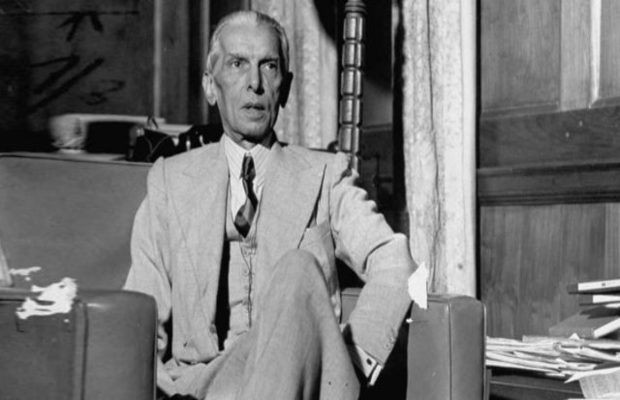 A change of guards’ ceremony was held at Jinnah’s mausoleum in Karachi on Wednesday morning. The national flag is being hoisted at all government and private buildings.

Special events are being carried out for the day throughout the country in order to shine a light on Jinnah’s life and legacy.

Prime Minister Imran Khan, in his message for the nation, said that the “best way to pay homage to the Quaid on his birth anniversary is to adhere to his principles of Unity, Faith, and Discipline”.

Many of the Pakistani celebrities and top government officials took to social media to share their messages on account of Quaid-e-Azam’s birthday.

Today on his Birthday, we pay homage to our Quaid, Muhammad Ali Jinnah. Our Leader, who believed in law and justice. A man of great vision who foresaw the importance of two separate nations. 72 years later Quaid’s worst critics concede that he was right. Ay Quaid tujhay salaam! pic.twitter.com/BYdnFsvbPr

Our founder Quaid-i-Azam Mohammad Ali Jinnah & his vision for Pakistan – We have a long way to go to realise his vision but we must strive to achieve it. pic.twitter.com/3yfpZjlhY7

Happy Birthday Father of the Nation, Quaid e Azam Muhammad Ali Jinnah. Can’t thank you enough for having got us Pakistan. Those who opposed then are realising now. For them it’s beginning afresh now.
Beginning of the …#QuaideAzam pic.twitter.com/Kr1gEjfMfz

#ThankYouJinnah trends on social media today as Pakistanis appreciate Mohammad Ali Jinnah’s struggle and efforts he carried out to achieve a separate homeland for the Muslims of the subcontinent.

Today on Quaid e Azam's birthday, we pay tribute to the founding father of our beautiful nation who, through his struggle, secured Muslims a separate homeland, where today we are safe and can practice our religion freely. #ThankYouJinnah pic.twitter.com/WJQcHbIGcK

While many kept questioning Quaid’s wisdom for a separate state for years.. as we see the unrest in Kashmir & fumes of Hindu fanaticism engulfing India today, his words have never been more true and relevant. Happy birthday & #ThankYouJinnah pic.twitter.com/86iWiOS8D7

"Few individuals significantly alter the course of history. Fewer still modify the map of the world. Hardly anyone can be credited with creating a nation-state. Mohammad Ali Jinnah did all three."

With his honesty, integrity & unmatched courage, he achieved for his nation what looked totally unachievable in the beginning. He was indeed a true leader.

Today, the rampant fascism in India proves without a shadow of doubt that he had vision beyond his time#ThankYouJinnah pic.twitter.com/1zrsWSfaWt

Failure is a word unkown to me❤
Happy Birthday to father of the nation and the most inspiring personality of the subcontinent MR Jinnah 🇵🇰💚#ThankYouJinnah pic.twitter.com/fl0oaDXmrW