An outpour of condolences is being witnessed on social media 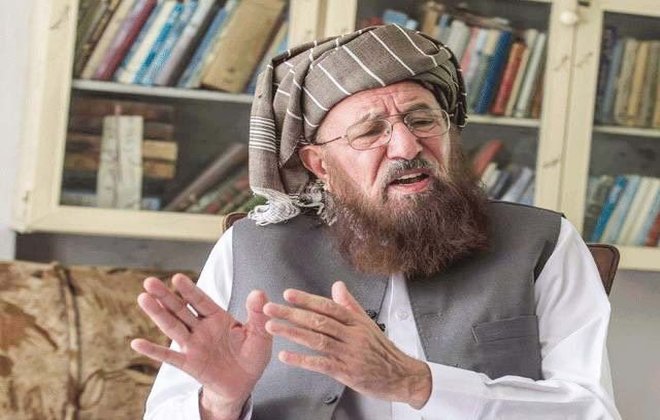 Pakistan’s influential religious scholar and former senator Maulana Samiul Haq has been assassinated at his residence in Rawalpindi. The news was confirmed by his son and later by JUI-S spokesperson.

Moulana Sami, who was also the chief of his own faction of the Jamiat Ulema-i-Islam, was stabbed several times. After being discovered in this condition, he was rushed to hospital. Where he was pronounced dead on arrival. Identity of the attacker and motive were not known immediately.

Social media is pouring in with condolence and condemnation messages. Many prominent personalities have shared their thoughts and prayers Twitter.

The Prime Minister has expressed sympathy and solidarity with his family. #MaulanaSamiulHaq pic.twitter.com/bNzVBAYuwc

Brutal murder of Maulana Sami ul Haq – utterly condemnable. What is happening to us as a people – such violence, such brutality? Sad indeed.

I am extremely distressed & upset at the assassination of Moulana Sami Ul Haq. May his soul rest in peace. The murderers must be arrested!

I am deeply saddened by the tragic assassination of #MaulanaSamiulHaq. Pakistan has lost an important religious and political figure. The killers and their masterminds must be arrested forthwith.

Pakistan has sacrificed the most to help @EndPolioNow . #MaulanaSamiulHaq is a martyr. He also wanted to reform the Madrassahs , education & jobs for young Pakistanis in rural areas. (RIP) https://t.co/sSJexBdRmN

إنا لله وإنا إليه راجعون!
Stunned at the cold blooded murder of #MaulanaSamiulHaq
May Allah grant him the highest state in Jannah.
The murderers will and must be brought to justice.
Extremely devastating.

JUI-S chief #MaulanaSamiUlHaq has been killed in Islamabad. Conflicting reports of whether unknown assailants on motorbikes shot at him or he was stabbed to death in his house after As’r prayers. This does not bode well for #Pakistan Ya Allah Khair.

Horrifying and vulnerable situation! We are going through the tough times and enemies are taking advantage. May Allah protect #Pakistan. #MaulanaSamiulHaq

Pakistan is in the International News for the last few days & Still.
We need to stay unite for the better image of the country. #MaulanaSamiulHaq

The person who stood with writ of state ,preacher of peace , always supported Sovereignty of Pakistan 🇵🇰
Even stood with #PTI #KPK Govt. to fight Polio .. no more among us. #MaulanaSamiUlHaq is Martyred in Rawalpindi in his House! pic.twitter.com/66VGYDBS2q

Maulana Sami-ul-Haq supported polio campaigns. Denounced suicide attacks. You may disagree with his ideology but he never supported any armed struggle against the state of Pakistan!

Assassination of #MaulanaSamiulHaq is highly condemnable. Again the timings are important. Apparently chain of conspiracies against state #Pakistan

80-years old Moulana was also the head of the Darul Uloom Haqqania seminary in Khyber Pakhtunkhwa’s Akora Khattak. He was a member of the Senate of Pakistan from 1985 to 1991 and again from 1991 to 1997. He was also an influential figure among members of the Taliban on both sides of the Afghan-Pakistan border. His funeral prayer will be held tomorrow at Akora Khattak.