When will being a Shia, Hazara in Pakistan stop becoming a crime? 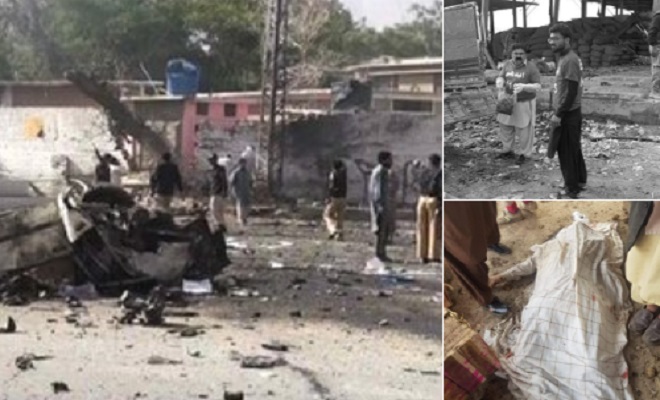 Around 20 people have lost their lives and 48 injured in the deadly attack against the Hazara community in Hazar Ganji, Quetta. People have been holding Ramzan Mengal, terrorist involved in 100s of deaths of Hazara people, who was recently released from jail, to be responsible for the attack.

While the premier Imran Khan has ordered immediate inquiry and increased security of the Hazara people in Quetta, Pakistanis are condemning the attack and cursing the attackers with full force.

Deeply saddened & have strongly condemned the terrorist attack in Hazarganji market area of Quetta targeting our innocent people. I have asked for an immediate inquiry & increased security for the ppl. Prayers go to the families of the victims & for early recovery of the injured.

Ya Allah Bless My Country💔#Quetta

#Hazara bleeds again. How many times. How many more bodies. How much more blood…

Strongly condemn the cowardly terrorist attack on innocent people in #Quetta. Deeply saddened on loss of precious lives. Our thoughts and Prayers for the victims and their families. May Allah keep everyone safe.

. Once again Shia Hazara community is targeted.
When will it stop being a crime to be a Shia in Pak My heart is crying ,death toll rises to 16. To all those who deny #ShiaGenocide
So either do so some research or kindly shut up and let us raise awareness for the cause.#quetta pic.twitter.com/hlaXHHHbSu

"Once again our people were the target and once again we will have to bury our dear ones," https://t.co/NHd8Jz81qt

At least 16 ppl killed, >30 wounded as bombing targets Hazara's in Quetta's Hazarganji vegetable market, police tell AJE. The explosion took place as Hazara's were buying vegetables to take back to markets in the city's two Hazara enclaves. Unclear if planted or suicide attack.

#QuettaBlast A muslim can be anything but a intolerant person. Killing of Hazara’s in quetta is absolute absurdity.State’s exclusive behaviour towards our fellow Pakistanis is portrying the real image of its influence over lunatics. These graves need justice. pic.twitter.com/0eRwDt1giY