One case has been reported from Azad Jammu and Kashmir. 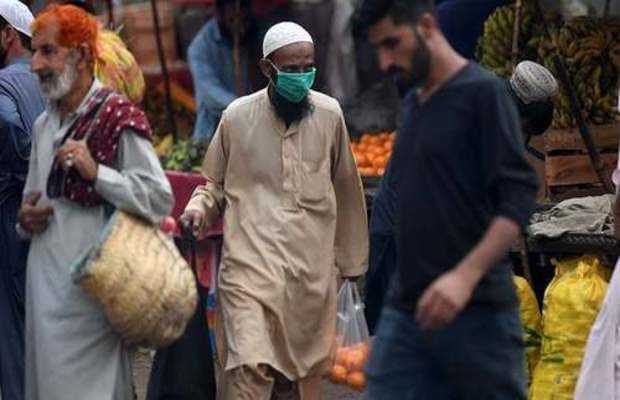 The number of Pakistan’s Covid-19 cases has reached 803 after new cases were reported throughout the country, with reported 6 deaths.

On Sunday, Baluchistan reported its first death from the novel coronavirus of a 65-year-old man, who under treatment at the Fatima Jinnah Chest Hospital.

Balochistan government’s spokesperson, Liaquat Shahwani confirmed the province’s first death from the virus in a tweet:

So sad to learn about the first death case of a Corona patient in Balochistan.
May rest in peace.
Condolences to the grived family.#CoronavirusOutbreak#CoronaInPakistan #CoronaFreePakistan

Earlier, the fifth death from COVID-19 in the country was reported from Gilgit Baltistan. The doctor who screened suspected pilgrims returning to Pakistan from Iran, war reported positive on Friday.

The fourth death of coronavirus patients was reported from KPK. On Sunday morning, Adviser to Khyber Pakhtunkhwa Chief Minister on Information Ajmal Wazir announced it while speaking to the media.

He briefed that the test results of a woman who had arrived from Taftan and shifted to Dera Ismail Khan had come as positive today, making it the province’s third coronavirus related death.

Sindh remains the worst affected province with a total of 352 cases. Most of the cases have been reported in Karachi, i,e, 130 with the majority said to be cases of “local transmission”.

Seven new cases have been reported from Karachi, all of which were locally transmitted.

One case was detected from Dadu while 11 were reported from Sukkur; the latter 12 had recently travelled to Iran.

There are 225 confirmed cases in Punjab, according to CM Buzdar. He took to social media confirming the COVID-19 positive cases and also announcing the closure of  Metro Bus service.

We are suspending #MetroBusService, temporarily, and disinfecting all buses.
Stay Home, Stay Safe!

According to the Khyber Pakhtunkhwa health department, the number of positive cases in the province is 31 after four new patients were reported, while the number of reported cases in Gilgit-Baltistan is 71.

The number of positive cases in Baluchistan is 108.

tweet
Share on FacebookShare on TwitterShare on PinterestShare on Reddit
Saman SiddiquiMarch 23, 2020
the authorSaman Siddiqui
Saman Siddiqui, A freelance journalist with a Master’s Degree in Mass Communication and MS in Peace and Conflict Studies. Associated with the media industry since 2006. Experience in various capacities including Program Host, Researcher, News Producer, Documentary Making, Voice Over, Content Writing Copy Editing, and Blogging, and currently associated with OyeYeah since 2018, working as an Editor.
All posts bySaman Siddiqui