While the score hasn't changed much, other countries score impacted Pakistan's ranking 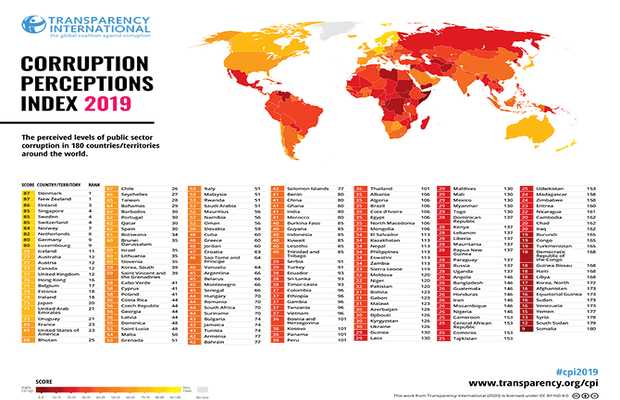 Berlin-based non-government organization Transparency International has released its 2019 ranking for corruption and Pakistan after dropping three positions, came in at 120th out of 180 countries.

With 0 being most corrupt and 100 being most clean, Pakistan’s score for this year was 32/100 – compared to last year’s 33/100. It is presumed that other countries improved ranking impacted Pakistan’s drop on the overall chart despite not much change in its scores. 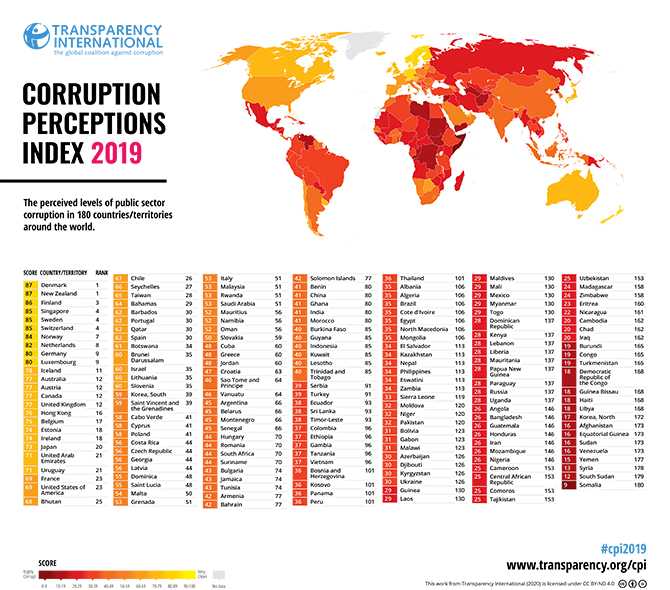 As per Transparency International, almost two-third of the countries in the list scored below 50 this year. 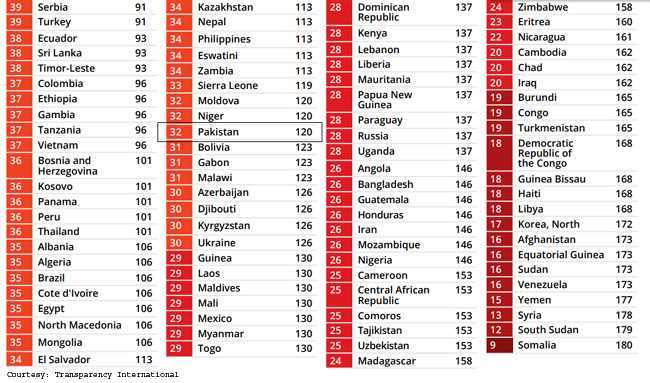 The ranking issued under the title Corruption Perceptions Index (CPI) 2019, is the organization’s way of gauging countries’ corruption perception as per businessmen and experts on the subject.