It is the third time in India that such a highly radioactive substance has been seized by police in recent years. 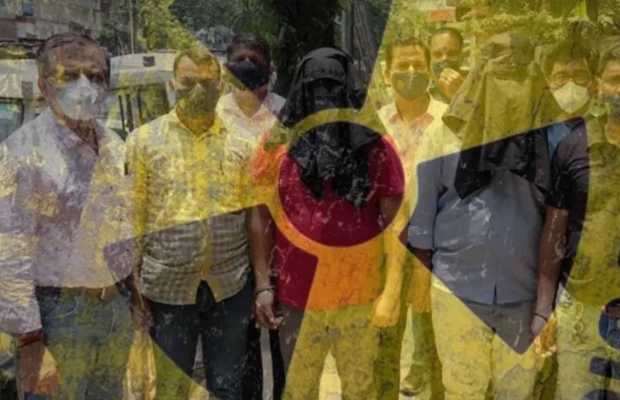 Pakistan reiterated its call for a thorough investigation of such incidents and measures for strengthening the security of nuclear materials to prevent their diversion.

Foreign Office Spokesperson Zahid Hafeez Chaudhri in a statement on Friday said, “We have seen the reports about yet another incident of attempted illegal sale of six kilogrammes of uranium in India. A similar incident involving seven kilogrammes of uranium in the Indian state of Maharashtra last month and other such reports in the past are a matter of deep concern as they point to lax controls, poor regulatory and enforcement mechanisms, as well as the possible existence of a black market for nuclear materials inside India.”

“The United Nations Security Council Resolution 1540 and the IAEA Convention on the Physical Protection of Nuclear Material (CPPNM) make it binding on states to ensure stringent measures to prevent nuclear material from falling into wrong hands,” read the FO communiqué.

“It is equally important to ascertain the intent and ultimate use of the attempted Uranium sale given its relevance to international peace and security as well as the sanctity of global non-proliferation regime,” the statement added.

The statement from Pakistan FO comes after police in Indian Jharkhand state on Thursday arrested seven people for possessing and planning to sell ‘mineral uranium’ in the black market, according to the Indian news outlets.

It is for the third time in India that such a highly radioactive substance has been seized by police in recent years.

Back in 2016, police seized almost 9 kg (19.8 lbs) of depleted uranium in the Thane area of Maharashtra.

The International Atomic Energy Agency is yet to investigate how the proliferation of radioactive substances is taking place from India and how big is the black market of highly explosive substances.

tweet
Share on FacebookShare on TwitterShare on PinterestShare on Reddit
Saman SiddiquiJune 5, 2021
the authorSaman Siddiqui
Saman Siddiqui, A freelance journalist with a Master’s Degree in Mass Communication and MS in Peace and Conflict Studies. Associated with the media industry since 2006. Experience in various capacities including Program Host, Researcher, News Producer, Documentary Making, Voice Over, Content Writing Copy Editing, and Blogging, and currently associated with OyeYeah since 2018, working as an Editor.
All posts bySaman Siddiqui