"The Pakistani film industry is passing through the worst time since its inception," chairman PFPA 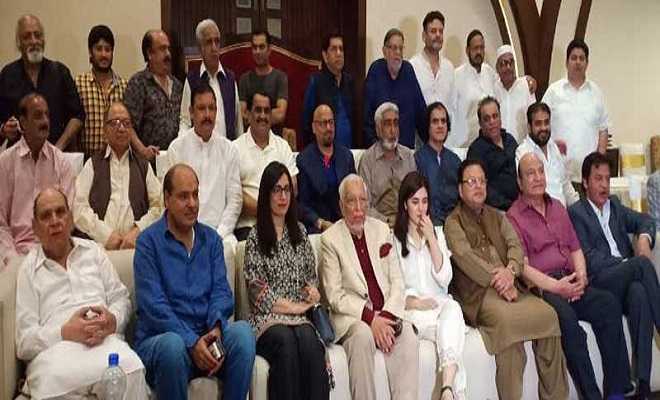 Demands to open up channels of co-production with other countries like Turkey, China, Iran, South Korea and Bangladesh - OyeYeah News
1Share
188Views

The cinemas in Pakistan have been majorly suffering ever since a ban has been imposed on the screening of Indian films. Although Pakistan’s own film industry has been in a successful revival phase, there still needs to be ample number of films available to be screened in cinemas to keep them afloat.

Sharing the same concerns and seeking reforms from the government, the Pakistan Film Producers Association (PFPA) alongside senior producers from the film industry recently teamed up together.

Demands to open up channels of co-production with other countries like Turkey, China, Iran, South Korea and Bangladesh were made as the filmmakers in Pakistan are concerned about the survival of the industry. 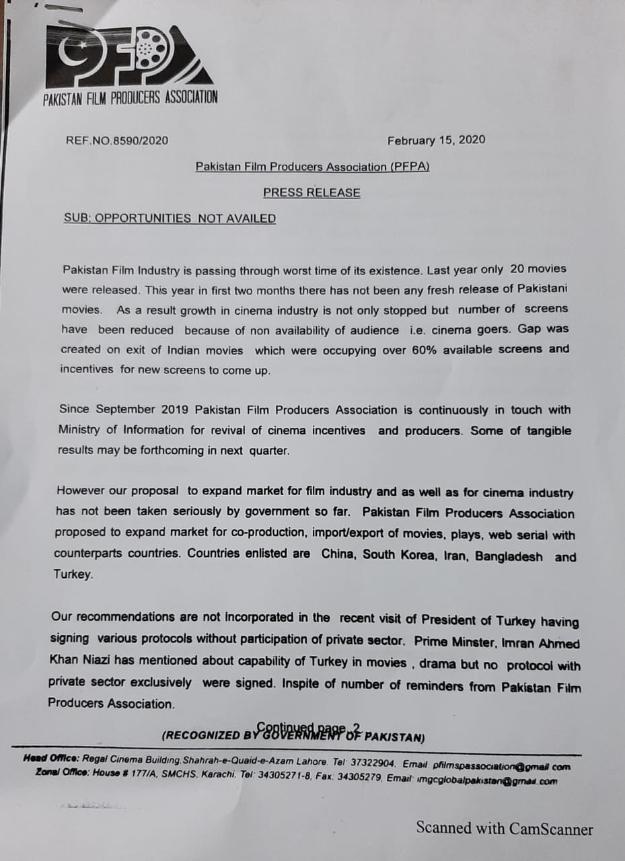 “The Pakistani film industry is passing through the worst time since its inception, and this time it’s not just the growth of new cinemas that has been halted, but the number of screens has also decreased, thanks to the non-availability of film viewers owing to less films,” said the chairman of PFPA, Sheikh Amjad Rasheed.

Adding further about the prevailing phenomenon, the chairman stated, “The gap has been created because of the ban on Indian films as well since they would occupy about 60% of the available screens and thus provide an incentive for new screens to be considered.”

Sheikh Amjad Rasheed also shared that the PFPA has been in touch with the Ministry of Information to discuss and orchestrate the revival of cinema but nothing has come out of it as yet.  “We proposed the idea of co-producing plays and web-series, as well as the import and export of films with China, South Korea, Iran, Bangladesh and Turkey among other countries,” he revealed. 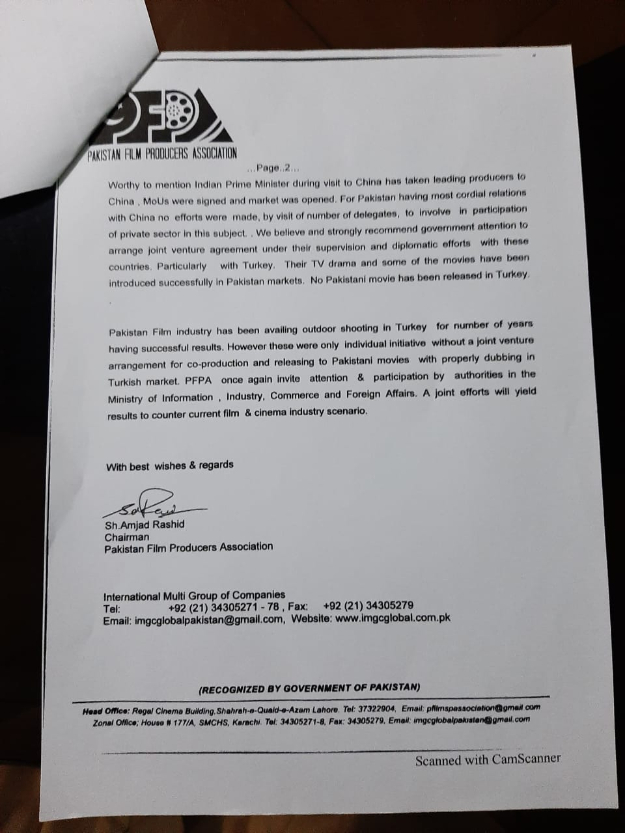 Only 20 films were released last year, across all genres and languages including Urdu, Punjabi and Pashto. Out of these 20, only a handful did good business while the others did not attract any crowd at the box office. Also no substantial film has released in the first two months of the year and it has increasingly concerned the filmmakers body in the country.

“Recently, the President of Turkey visited Pakistan but the topic of co-production of films was not brought up by engaging local film producers. India is currently co-producing a number of projects with other countries and their government is providing their full support. We cannot survive without co-production, and so it is our request that the government and relevant authorities play their role to aid us,” said Chaudhry Ejaz Kamran, Senior Producer and Chairman of the Pakistan Film Distributors Association.

“Local producers have noted that there are huge opportunities and space for our local films and as well as co-production on their recent visits to other countries so it is imperative that we tap into this,” he added.