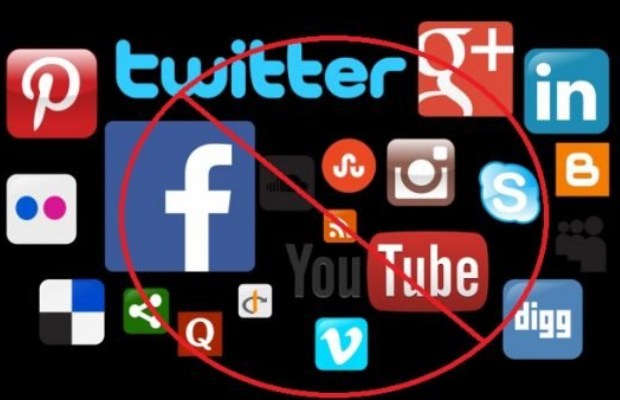 As per a memorandum issued by the Establishment Division dated Aug 25, no government servant can participate in any media platform except with the permission of the government.

The memorandum stated that under Rule 22, government servants were not allowed to make “any statement of fact or opinion which is capable of embarrassing the government in any documents published or in any communication made to the press or in any public utterance or television programme or radio broadcast delivered by him or her.”

The memorandum, referring to rules 21, 25, and 25-A, claims that the rules barred government employees from “offering views on any media platform which may either harm the national security or friendly relations with foreign states, or offend public order, decency or morality, or amount to contempt of court or defamation or incitement to an offense or propagate sectarian creeds.” 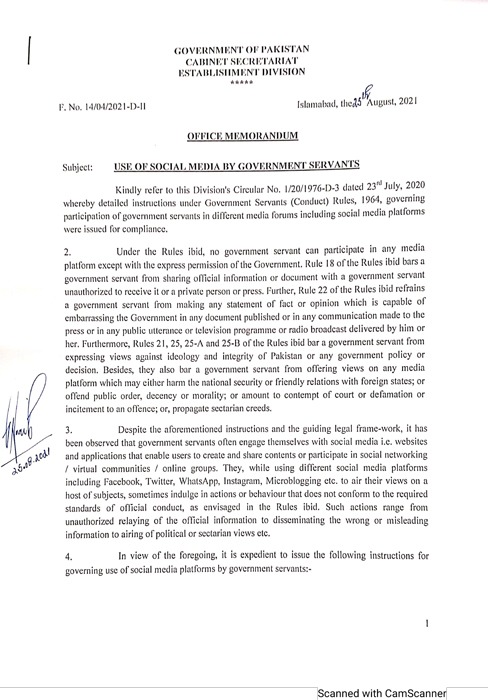 The government issued the following instructions.

The memorandum, however, underscored that the use of social media for engaging with the public to solicit feedback on government policy was allowed provided the content is edited regularly.