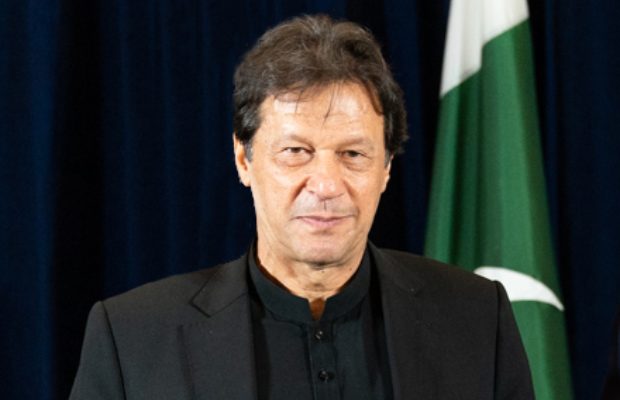 The premier in his tweet on Sunday shared a YouTube video made by the spokesperson of the finance minister, Muzammil Aslam, claiming that Pakistan’s economic indicators were positive despite a record increase in the prices of essential items.

PM Imran Khan captioned the video link, saying, “While an unprecedented rise in commodity prices internationally has adversely affected most countries in the world as a result of Covid lockdowns, Pakistan mashaAllah has fared relatively much better.”

While an unprecedented rise in commodity prices internationally has adversely affected most countries in the world as a result of Covid lockdowns, Pakistan mashaAllah has fared relatively much better.https://t.co/KCKt8RipNs

Muzammil Aslam in the video has highlighted the allegations regarding the disastrous state of the national economy and common questions being raised about the rising prices of essential commodities.

Responding to the allegations, he said that he found no answers to his questions regarding solid statistical data for proving the claims about the national economy.

Muzammil Aslam also admitted that the prices of essential commodities have risen across the globe. Aslam, then, provided the global statistics about inflation, saying that the Food and Agriculture Organization (FAO) has reported the 3.9 percent rise in prices of food items from September to October.

Finance Adviser Shaukat Tarin has also shared the video on his Twitter handle.

tweet
Share on FacebookShare on TwitterShare on PinterestShare on Reddit
Saman SiddiquiNovember 7, 2021
the authorSaman Siddiqui
Saman Siddiqui, A freelance journalist with a Master’s Degree in Mass Communication and MS in Peace and Conflict Studies. Associated with the media industry since 2006. Experience in various capacities including Program Host, Researcher, News Producer, Documentary Making, Voice Over, Content Writing Copy Editing, and Blogging, and currently associated with OyeYeah since 2018, working as an Editor.
All posts bySaman Siddiqui