Indian submarine was not targeted in order to maintain peace! 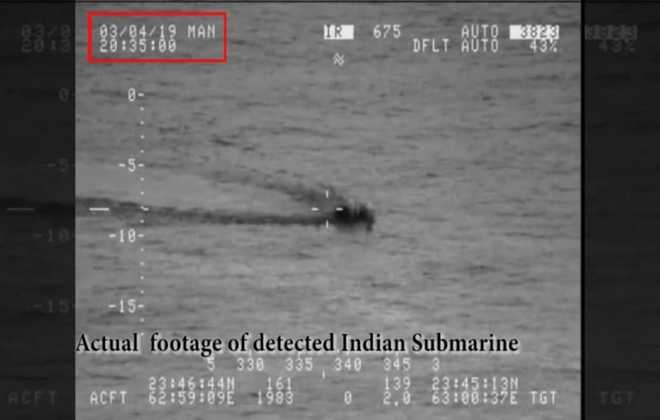 Pakistan Navy detected an Indian submarine and stopped it from entering Pakistani waters on Monday night, according to the statement released by Pakistan Navy.

Pakistan Navy foiled every attempt of the Indian submarine to avoid being detected, dealing a setback to India in the seas.

This happened exactly a week after India’s aerial violation of the Line of Control that sent tensions soaring between the two nuclear-armed states.

“The Pakistan Navy used its specialized skills to ward off the submarine, successfully keeping it from entering Pakistani waters”, the statement from the spokesperson said.

The spokesperson further added, “Keeping in view the government’s initiative of peace, the Indian submarine was not targeted by the Pakistan Navy.”

Learning from this incident, India should also work towards peace, the statement added, “This great feat is a testament of the Pakistan Navy’s superior skills. The Navy will keep defending Pakistan’s naval border. The force has the capability to respond to any aggression.”

This is the second time since 2016 that the Pakistan Navy has detected an Indian submarine trying to enter Pakistani waters.

Pakistan territorial waters is 12 nautical miles while its seabed territory, the Exclusive Economic Zone (EEZ) grew to 290,000 square kilometers in 2015.

It was earlier that Pakistan retaliated by downing two Indian fighter jets and capturing a pilot who was later handed back.

tweet
Share on FacebookShare on TwitterShare on PinterestShare on Reddit
Saman SiddiquiMarch 5, 2019
the authorSaman Siddiqui
Saman Siddiqui, A freelance journalist with a Master’s Degree in Mass Communication and MS in Peace and Conflict Studies. Associated with the media industry since 2006. Experience in various capacities including Program Host, Researcher, News Producer, Documentary Making, Voice Over, Content Writing Copy Editing, and Blogging, and currently associated with OyeYeah since 2018, working as an Editor.
All posts bySaman Siddiqui