The faithful are to observe Shab-e-Meraj with great religious reverence and fervour across the country. 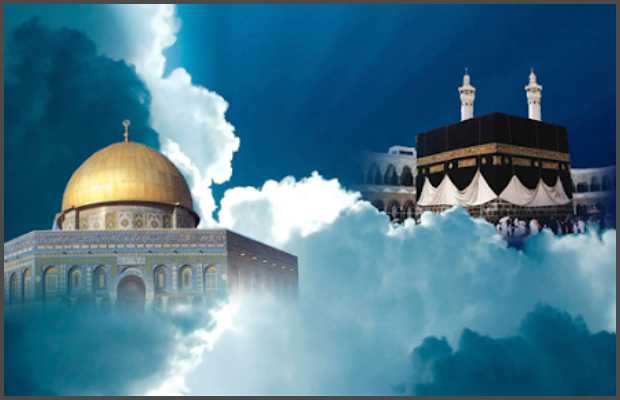 The holy night of 27th Rajab, of the Islamic calendar, marks the journey of Holly Prophet Mohammad (PBUH) towards Jerusalem from Mecca and then to heaven on the heavenly creature named in Quarn as Buraq.

The Messenger of Allah (S.A.W.W) was given the gift of five daily prayers during this blessed journey. 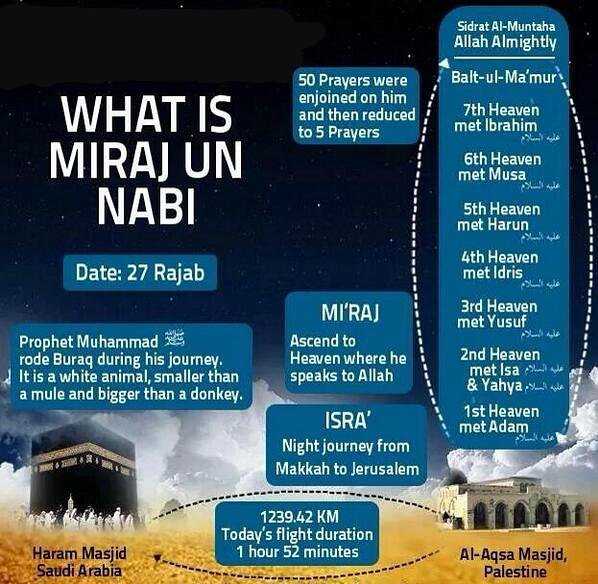 The faithful are to observe Shab-e-Meraj with great religious reverence and fervour across the country.

Prime Minister Imran Khan extended his wishes to the nation on the occasion in a Twitter message.

“Shab-e-Meraj Mubarak to Muslims all over the world,” he said in a tweet.

Shab-e-Meraj Mubarak to Muslims all over the world.

As the sun sets, the believers are to gather in mosques to offer special prayers, besides seeking forgiveness for their sins, they will pray for peace, progress, and prosperity of the country.

Across Pakistan, special events are arranged to mark the holy night.

As being reported, Special Mahafils are arranged at Data Darbar and Badshahi Mosque in Lahore and across the country.

Religious scholars and Ulema, in their sermons, will highlight the teachings of Islam and various aspects of the life of the Holy Prophet Hazrat Muhammad (PBUH).