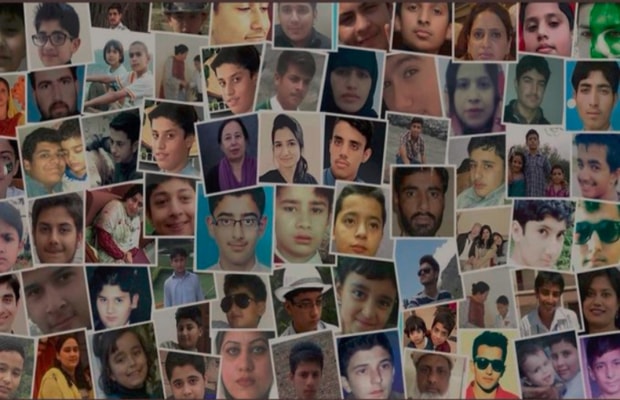 Its 16th of December 2019, one of the saddest days in the history of Pakistan after Dhaka fall in 1971, five years ago Army Public School in Peshawar was brutally attacked by terrorists killing least 144 people, mostly students.

On the fifth death anniversary of APS Peshawar, the nation remembers its young heroes who were too young to leave the world in such a tragic way.

Social media today is laden with special messages and images of the young martyrs shared by the families of the victims who carried coffins of their children that day after sending them to school in the morning, who knew that they will never return.

There are also special messages shared by prominent personalities of Pakistan including institutions, politicians and celebrities.

tweet
Share on FacebookShare on TwitterShare on PinterestShare on Reddit
Saman SiddiquiDecember 16, 2019
the authorSaman Siddiqui
Saman Siddiqui, A freelance journalist with a Master’s Degree in Mass Communication and MS in Peace and Conflict Studies. Associated with the media industry since 2006. Experience in various capacities including Program Host, Researcher, News Producer, Documentary Making, Voice Over, Content Writing Copy Editing, and Blogging, and currently associated with OyeYeah since 2018, working as an Editor.
All posts bySaman Siddiqui