17 deaths, the highest single-day total, took fatalities in country to 124 in the last 24 hours. 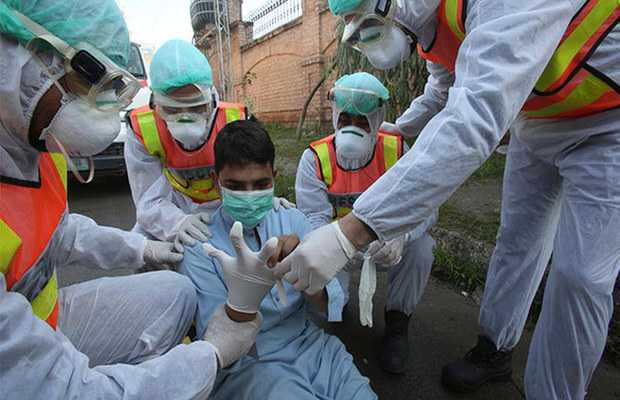 Pakistan has reported 17 coronavirus deaths in the past 24-hours, the highest single-day total.

Even after taking the measures, the conditions are grave as 520 new cases have been reported in the last 24 hours, according to the data from the Ministry of National Health Services, Regulations, and Coordination.

As of Thursday afternoon, at least 15 more coronavirus cases have been reported in Punjab, according to data released by the provincial government, taking the tally to 3,232.

In Punjab, 201 cases and six more deaths were reported in province during the past 24 hours.

According to Punjab’s official data, 550 people in the province have recovered from the illness so far while the condition of 13 others is critical.

The third death was reported in Balochistan from COVID-19 during the past 24 hours, according to the provincial health department,  while the total number of cases in Baluchistan stands at 281.

Meanwhile, Sindh has reported 340 cases and 4 deaths in past 24 hours, according to provincial government spokesperson Murtaza Wahab, taking the total to 2,008.

While another 16 people have recovered from the illness, he said.

The following information is relevant to assess the situation of #COVIDー19 in Sindh as of 16th April at 8 AM:

In the last 24 hours, 16 people have recovered from corona in Sindh

In the federal capital, Islamabad, at least five more cases of the coronavirus have been reported according to the government’s official portal for tracking the spread of COVID-19 in the country, taking the total to 145.

In addition, three more cases have emerged in Gilgit-Baltistan, taking the region’s tally to 237.

At least 199 people have recovered from the coronavirus in Pakistan during the past 24 hours, according to the government’s official portal for tracking the spread of the disease in the country, taking the total to 1,645.

tweet
Share on FacebookShare on TwitterShare on PinterestShare on Reddit
Saman SiddiquiApril 16, 2020
the authorSaman Siddiqui
Saman Siddiqui, A freelance journalist with a Master’s Degree in Mass Communication and MS in Peace and Conflict Studies. Associated with the media industry since 2006. Experience in various capacities including Program Host, Researcher, News Producer, Documentary Making, Voice Over, Content Writing Copy Editing, and Blogging, and currently associated with OyeYeah since 2018, working as an Editor.
All posts bySaman Siddiqui