It is for the third consecutive day that the country has reported more than 100 deaths. 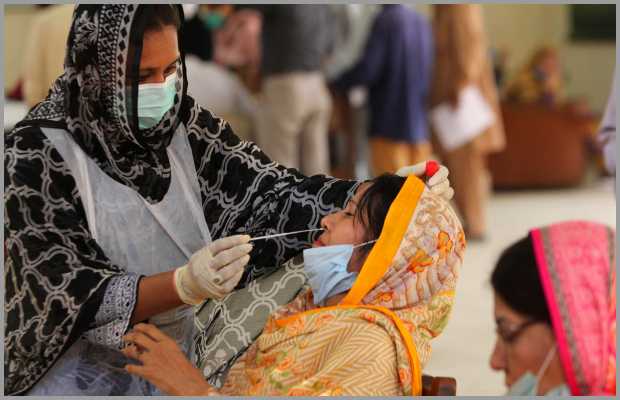 It is for the third consecutive day that the country has reported more than 100 deaths.

A day earlier, the country had reported 135 deaths, the highest number of deaths reported since June 2020.

According to the data available with the National Command and Operation Centre (NCOC), 64,685 tests were conducted during the last 24 hours after which 5,395 people tested positive.

The national positivity rate is 8.34 percent. Meanwhile, the condition of 4,276 patients is stated to be critical.

According to the government’s portal for tracking the spread of the disease in the country, Pakistan has reported 4,740 coronavirus recoveries during the last 24 hours,

Punjab remains the worst-hit region with the third wave of coronavirus. It recorded the most deaths during the last 24 hours at 68 followed by Khyber Pakhtunkhwa with 29.

The region-wise breakdown of COVID-19 cases and deaths reported is as follows:

It was a day earlier when NCOC announced new SOPs for the month of Ramadan and urged citizens to follow the guidelines to stay safe and help curb the spread of the virus.