Pakistan reports a fresh case of Polio, taking country’s toll to 15 in 2022

A 17-month boy in North Waziristan has been paralyzed by wild polio in the 14th case from the district this year! 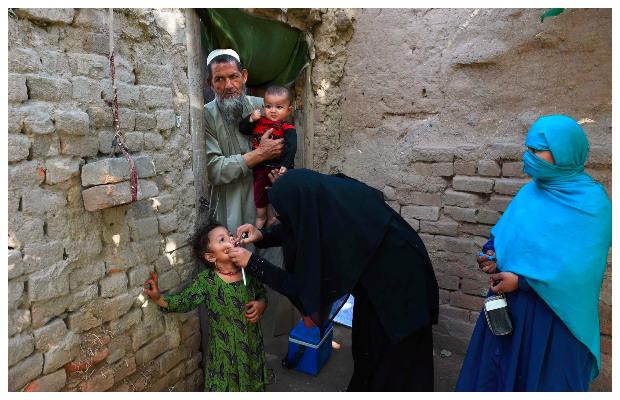 The new case is reported from Tehsil Ghulam Khan of North Waziristan, despite health workers’ relentless efforts to vaccinate children despite the flood-related obstacles and destruction.

This is the 14th case from district North Waziristan this year, the health official said.

All of the cases in Pakistan in 2022 have been reported from southern Khyber Pakhtunkhwa, including 14 from North Waziristan and one from Lakki Marwat.

“A 17-month boy in North Waziristan has been paralyzed by wild polio in the 14th case from the district this year. The child suffering from polio-induced disabilities had onset of paralysis on August 1,” an official of the National Health Services, Regulation, and Coordination (NHS, R&C) said while quoting Pakistan’s Polio Laboratory at the National Institute of Health (NIH) on Friday.

“Despite the extreme climatic conditions, the Pakistan Polio Programme has continued the immunization campaigns wherever possible. The ongoing national immunization days started on August 22 and the polio workers continue to reach the children in all the accessible areas, braving heavy rainfalls and floods,” the official said.

tweet
Share on FacebookShare on TwitterShare on PinterestShare on Reddit
Saman SiddiquiAugust 28, 2022
the authorSaman Siddiqui
Saman Siddiqui, A freelance journalist with a Master’s Degree in Mass Communication and MS in Peace and Conflict Studies. Associated with the media industry since 2006. Experience in various capacities including Program Host, Researcher, News Producer, Documentary Making, Voice Over, Content Writing Copy Editing, and Blogging, and currently associated with OyeYeah since 2018, working as an Editor.
All posts bySaman Siddiqui