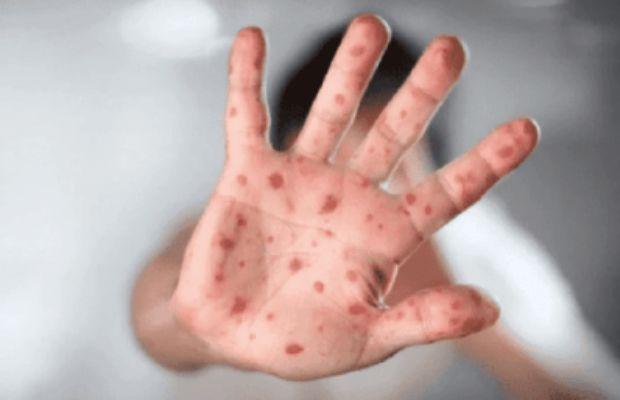 The suspected case was detected in a 13-year-old boy named Muhammad Ismail, a resident of Shikarpur.

According to Dr. Ghulam Rasool, it looked like the boy had got the monkeypox virus.

He said his reports had been sent for further medical analysis.

A spokesman for the Ministry of Health also issued an alert in view of the diagnosis of cases of monkeypox in countries including the UK, Spain, and Canada.

The Ministry of National Health has directed the NIH to monitor the situation, as well as all national and provincial health authorities, were instructed to remain on high alert for any suspicious cases.

A week earlier, NIH confirmed that no case of the virus has been reported in Pakistan so far and steps to pre-empt a potential outbreak in the country

tweet
Share on FacebookShare on TwitterShare on PinterestShare on Reddit
Saman SiddiquiMay 30, 2022
the authorSaman Siddiqui
Saman Siddiqui, A freelance journalist with a Master’s Degree in Mass Communication and MS in Peace and Conflict Studies. Associated with the media industry since 2006. Experience in various capacities including Program Host, Researcher, News Producer, Documentary Making, Voice Over, Content Writing Copy Editing, and Blogging, and currently associated with OyeYeah since 2018, working as an Editor.
All posts bySaman Siddiqui