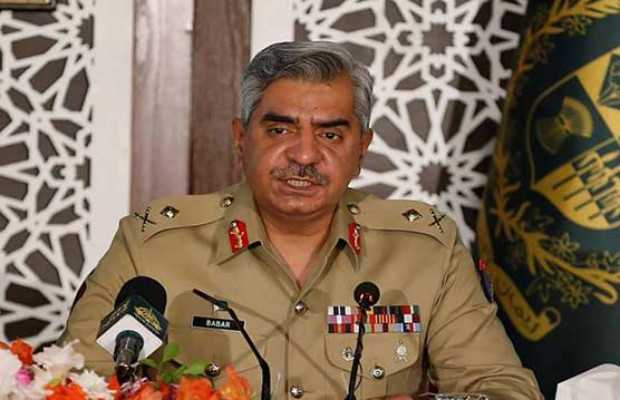 All illegal crossing points along the Afghan border have been sealed while Pakistan Army is keeping a close eye” on the situation in the region, informed DG ISPR.

Director-General Inter-Services Public Relations Maj Gen Babar Iftikhar on Saturday, speaking of the Afghan border, said that the deployment of troops to notified points has been ramped up.

Previously, paramilitary troops and levies were used to guard the border crossings with the country’s eastern neighbour, Afghanistan.

He said that as long as Afghanistan is peaceful and stable, “it does not matter who is in power in Kabul”.

The spokesperson of the military’s media wing said there is a “threat of terrorist sleeper cells becoming active again due to the situation in Afghanistan”.

He added that the Pakistan Army is “keeping a close eye” on the situation in the region and is “playing its role with utmost seriousness” for the successful outcome of the Afghan peace process.

“Pakistan has spared no effort for the peace process,” he said, adding that the country is “not a guarantor”.

“Ultimately, it is up to the Afghans to decide how to proceed forward,” the DG ISPR said adding, Pakistan has the “largest stake” when it comes to peace in Afghanistan.

“We are not guarantors to Afghanistan’s peace process.” He stressed that peace in Pakistan was linked with peace in Afghanistan.

Maj Gen Iftikhar added that Pakistan has “fought a long and testing war on terror with exemplary success”.

“Very effective measures have been taken as per the vision of (Army chief) General Bajwa,” he said.

Pakistan has been building a border fence along its porous border with Afghanistan. The initiative, which was taken a few years earlier, is reported to be at least 88 percent completed.

The objective of building a fence is to stop the infiltration of terrorist elements from Afghanistan and control unchecked movements.

“The border fencing along Pak-Afghan Border is 90% completed and it has been expedited along Iran border. Many forts and security posts have been constructed and proper border management mechanism has been placed,” he said.

The border fencing was also beneficial for Afghanistan’s security, he added.

Elaborating the situation further, the military’s spokesperson said that as many as 167 terror incidents had taken place since May 1, while security forces have conducted more than 7,000 IBOs and cordon and search operations.