A police sub inspector and four security guards were martyred. 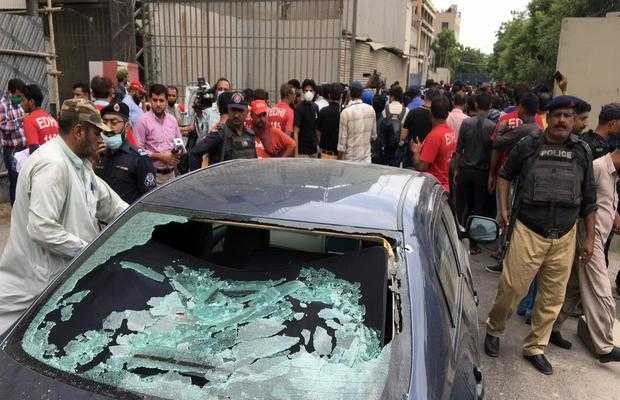 Pakistan Stock Exchange (PSX) came under fire on Monday morning, as at least four terrorists opened fire and grenade attack at the economic center in Karachi.

As per the latest police reports, all four terrorists have been killed whereas four security guards and a police sub-inspector were martyred.

As per the director PSX director, the terrorists approached the building through the parking area as they launched a hand grenade on the main gate. Following that rounds of fire were heard by people in the building which caused panic.

Soon law enforcement officers took control of the situation as terrorists (dressed as off duty policemen) were killed. The people in the building were meanwhile evacuated through the back door. 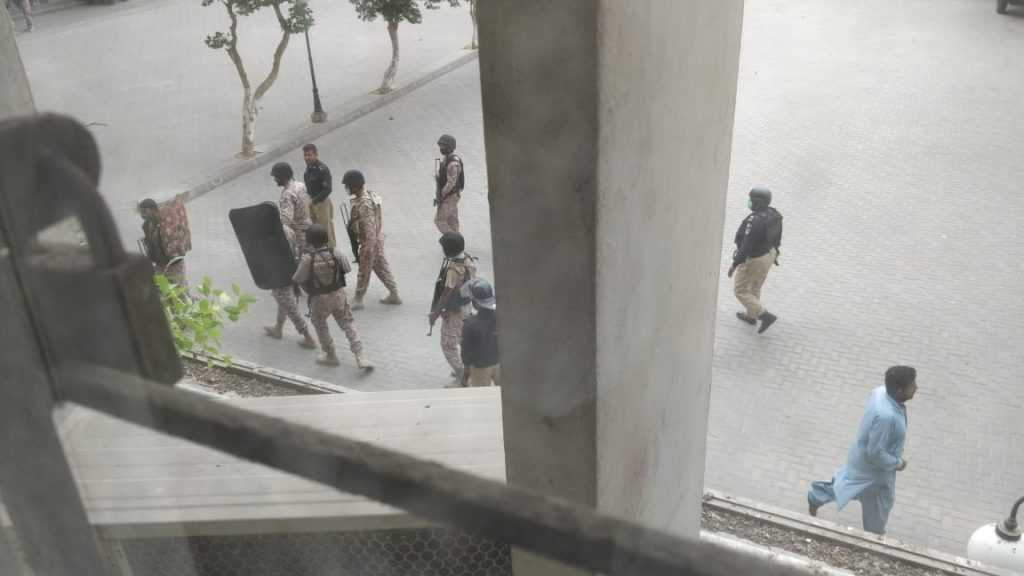 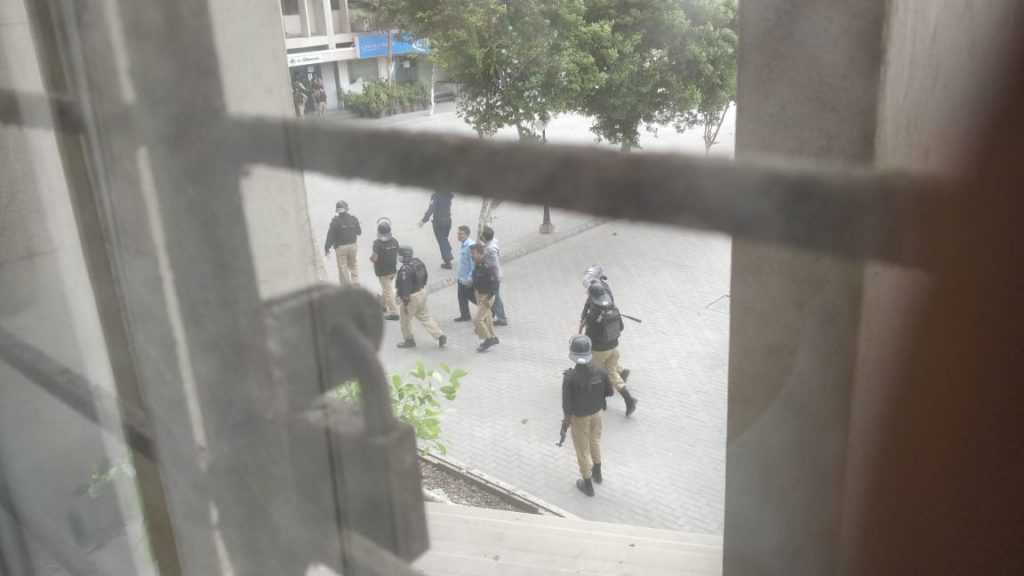 “All militants involved in the Pakistan Stock Exchange attack have been killed,” said Sindh Rangers while talking to media.

The Inspector General Sindh Police confirmed that four terrorists were killed and seven injured were shifted to a hospital nearby. The IG also stated that AK-47 rifles, hand grenades, magazines, and other explosive material were obtained from the terrorists.