"The FATF will continue to monitor the COVID-19 situation and conduct an on-site visit at the earliest possible date," said the watchdog. 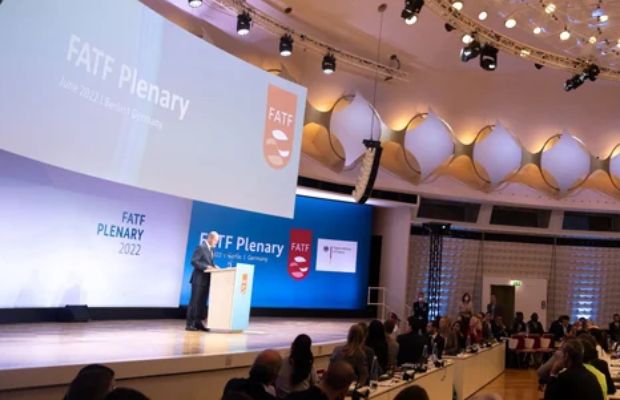 Pakistan to be removed from FATF’s grey list after passing on-site visit!

In the latest development, Pakistan has not been officially removed from the FATF’s grey list and may be taken off it once the watchdog visits Pakistan, Financial Action Task Force (FATF) announced on Friday.

FATF president announced that Pakistan is not being removed from the grey list today and will be removed if it successfully passes on-site visit.

FATF President Dr. Marcus Pleyer, while addressing a press conference after the 2022 plenary meeting in Berlin, said, “I’m glad to say that they [Pakistan] have now largely addressed all 34 action items from their combined two action plans. Pakistan is not being removed from the grey list today. The country will be removed from the list if it successfully passes the on-site visit.”

The official statement issued by FATF said: “In particular, Pakistan demonstrated that terror financing investigations and prosecutions target senior leaders and commanders of UN-designated terrorist groups and that there is a positive upwards trend in the number of money laundering investigations and prosecutions being pursued in Pakistan, in line with Pakistan’s risk profile. In addition, Pakistan also largely addressed its 2021 action plan ahead of the set times.”

“The FATF will continue to monitor the COVID-19 situation and conduct an on-site visit at the earliest possible date,” said the watchdog.

tweet
Share on FacebookShare on TwitterShare on PinterestShare on Reddit
Saman SiddiquiJune 17, 2022
the authorSaman Siddiqui
Saman Siddiqui, A freelance journalist with a Master’s Degree in Mass Communication and MS in Peace and Conflict Studies. Associated with the media industry since 2006. Experience in various capacities including Program Host, Researcher, News Producer, Documentary Making, Voice Over, Content Writing Copy Editing, and Blogging, and currently associated with OyeYeah since 2018, working as an Editor.
All posts bySaman Siddiqui