Pakistan to lodge U.N. complaint against India for ‘eco-terrorism’ 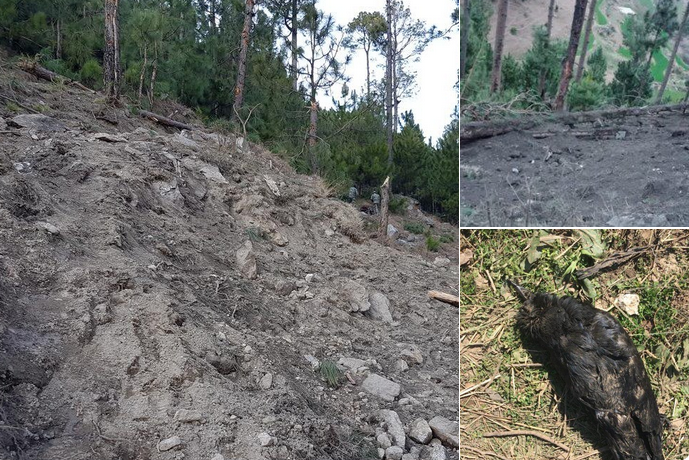 “Causing harm to the environment and damaging trees and birds comes under ‘Eco-terrorism’,” adviser to PM highlighted.

The recent Indian dumping of payload has caused damaged to trees and nature reserve under Pakistan's #BillionTreeTsunami pic.twitter.com/IxnQ2cDLi7

International and local journalists were invited to visit the damaged site and they have confirmed that the Indian dumping of payload has damaged several trees in the areas and killed few crows, he further added.

“All international organizations including World Wildlife Fund (WWF), International Union for Conservation of Nature (IUCN), the World Economic Forum (WEF) and even the National Aeronautics and Space Administration (NASA) have acknowledged the value of this asset,” Amin maintained.

He further added said  India dumped payload onto a patch of reserve forest which caused a lot of environmental damage to the age-old forests as well as the undergoing natural re-growth.

“Such an act is termed ‘Eco-terrorism’ under international law and after assessing the damage to nature, which is currently being done, Pakistan will raise this act of “Eco-terrorism” at all relevant international fora including the UN,” he restated.

“What happened over there is environmental terrorism,” Aslam told international news agency, adding that dozens of pine trees had been felled. “There has been serious environmental damage.”

The United Nations states that “destruction of the environment, not justified by military necessity and carried out wantonly, is clearly contrary to existing international law”, according to the U.N. General Assembly resolution 47/37.

According to the two reporters belonging to international news agency who visited the payload dumped site, which India claims as the targeted militant camp, reports that four large craters could be seen. Ans told that up to 15 pine trees had been brought down by the blasts.

Villagers dismissed Indian claims that hundreds of militants were killed.

According to the Indian claim, Indian warplanes on Tuesday bombed a hilly forest area near the northern Pakistani town of Balakot, about 40 km (25 miles) from India’s border in the Himalayan region of Kashmir. New Delhi said it had destroyed a militant training camp and killed hundreds of “terrorists”.

tweet
Share on FacebookShare on TwitterShare on PinterestShare on Reddit
Saman SiddiquiMarch 2, 2019
the authorSaman Siddiqui
Saman Siddiqui, A freelance journalist with a Master’s Degree in Mass Communication and MS in Peace and Conflict Studies. Associated with the media industry since 2006. Experience in various capacities including Program Host, Researcher, News Producer, Documentary Making, Voice Over, Content Writing Copy Editing, and Blogging, and currently associated with OyeYeah since 2018, working as an Editor.
All posts bySaman Siddiqui